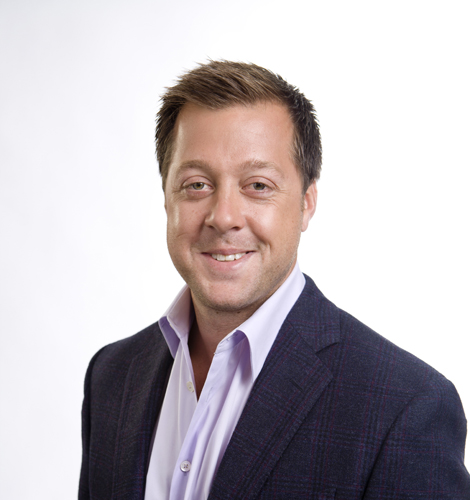 With Detroit’s resurgence well underway, many companies have relocated to the downtown sector to participate in the revival. Quicken Loans was one such company, relocating its headquarters in 2010. Soon after, renowned founder & chairman Dan Gilbert established its real estate affiliate, Bedrock Real Estate Services.

Bedrock strives to revitalize Detroit’s Central Business District by creating jobs, opportunity and an atmosphere of innovation. Vice President of Development Dan Mullen seized the opportunity to support that vision. In 10 short years, Mullen worked his way through the ranks at Quicken Loans and into a key leadership position with Gilbert’s new venture. “I love real estate, and it was an amazing opportunity to come into a great American city and impact the outcome,” said Mullen. His efforts have landed him a position among Crain’s Detroit Business’ 40 Under 40 and D Business Magazine’s 30 in Their 30s.

Under Mullen’s guidance, the privately held commercial real estate organization has acquired, developed and manages more than 8 million square feet of space. Among its holdings are iconic structures that are being reimagined for modern uses, such as the historic Cary building and 1500 Woodward. These renovations bring fresh energy and vision to the city.

Bedrock’s efforts have been well received. More than 80 local and international companies have taken advantage of its renovated properties.

CPE: What’s one challenge that you’ve overcome on your path to success?

Mullen: I always strive for greatness. It’s a personal challenge. I’m like a sponge. I want to learn everything that I can as fast as I possibly can. I want to become as knowledgeable as possible about everything regarding redevelopment and urban planning. There is a lot to learn when you’re helping to revitalize a downtown area.

CPE: Looking back, what’s one piece of advice that you would have given yourself in the beginning of your career?

CPE: Who, or what, has been one of your greatest inspirations in life?

Mullen: When I was younger, I would look at people who were really great at their jobs, really successful at what they did, and I wanted to be the best at what I did. There were many people like that in my area, and I would always ask a million questions. Once, I remember that I was cutting grass in front of this really beautiful home. I knocked on the door and asked the guy, “What do you do? What sort of job do you have?” Back then, I was already inspired by successful people that work really hard.

From a personal standpoint, my inspirations are Patrick McIniss, the former president of Quicken Loans and CEO of Fathead, and Dan Gilbert, who started this company from nothing. He worked really hard to build an amazing company.

CPE: If you weren’t in real estate, what would you be doing?

Mullen: Honestly, I don’t know. My passion for real estate is at that level where I don’t know what else I would be doing. I might play a professional sport. I’d be in the NFL.

CPE: Tell us how you feel about social media.

Mullen: I love social media. I think nowadays social media releases all of the hottest stories going. Twitter breaks some of the top stories. That’s one thing. But I also look to Twitter for marketing opportunities. It’s so easy to get it out there to a number of people. I think the limit on the amount of letters is a good thing. It’s a quick thing. People gravitate toward it. It’s easy for mobile devices, and mobile is the future of a lot of technology.

CPE: What role does technology play in your daily executive life?

As a company, we always strive to be on the cutting edge of the technology world so we have the advantage of being one step ahead of everyone else. You walk into our spaces and you see big boards—not an old-school directory that lists the names of buildings but big digital boards. You walk up to it and it has the office directory, lists where local restaurants are, bus stops and their times and locations. It’s a really interactive board. It’s just one of the ways that we use technology when we’re developing spaces.

CPE: When you’re not traveling for business, what’s your ideal destination?

Mullen: I have two: I definitely love relaxing on the beach, just hanging out. I also love going out West: Colorado, Montana, just going through the mountains. I’m really fascinated with how big the mountains are on the West Coast. I love nature, outdoors and hiking. I think it’s a really cool experience.