The annual report by the Urban Land Institute and PwC is based on surveys and interviews of 2,200 real estate professionals. 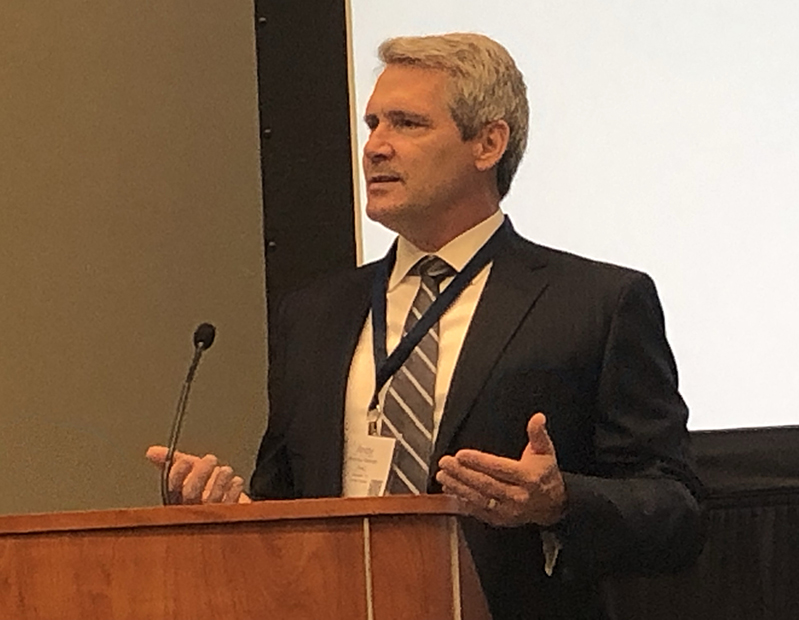 The Urban Land Institute’s and PwC’s Emerging Trends 2020 report finds real estate will continue to be a favored asset class even as the economy readies for a “downshift” and other uncertainties loom. But it warns against complacency as the industry prepares for a period of sustained moderate growth.

“Two percent GDP growth nationally is not GDP everywhere,” said Andrew Warren, director of Real Estate Research at PwC, during the report’s release at the ULI fall meeting in Washington, D.C. The annual report is based on interviews and survey responses of 2,200-plus real estate professionals.

The theme of this year’s report was “Shifting Focus to the Decade Ahead” and it calls for the industry to adapt to change and to adjust growth strategies. Some of these changes are “subtle,” according to the report, but nevertheless require attention.

Other key trends highlighted by the report are: the tendency and need to avoid deploying capital “just because it is available”; a broadening of geographic market specialization strategies and an emphasis on skill specialization teams; the urgency of housing availability and affordability; the demand for real estate that promotes community; the urbanization of the suburbs; the positive impact of active Baby Boomers on housing demand and workplaces; growing emphasis on ESG (environmental, social and governance) on the part of investors; continued disruption of technology in real estate management and properties themselves; and increased interest in states and localities that are solving their own infrastructure problems rather than waiting for the federal government to act.

After the report’s findings were presented a panel of industry experts offered their views on the market’s outlook. The main topic of discussion amongst the panelists was the economy.

“The risks of recession is rising,” said economist Ken Rosen, citing weak manufacturing, sluggish home sales, trade wars, a potential oil strike and the unwinding of the tech bubble. “Not now, but over the next year, risk of recession is up 50 percent.”

Owen Thomas, ULI chairman and CEO of Boston Properties, had a more cautious view of recession prospects. “I think we’re just in a slower growth, less volatile world,” he said, citing lower populations globally. He added: “The world will continue to be cyclical, but every other time we’ve gone through cycles like this—and I’ve been through a few in my career—we’ve never had a situation where the real estate market is so strong, and the Fed is reducing rates.”

The report also ranks the major property types for investment prospects. Topping the list was industrial/distribution due to total return performance and the outstanding demand prospects for supply chain real estate. Following closely behind were multifamily and single-family real estate, which also enjoy strong supply and demand fundamentals now. Less favorable were office (due to changes in how people are working), hotel (due to declining revenues and the threat of an economic slowdown) and retail (due to the threat of e-commerce and changing retail platforms).