In 2016, Google data centers generated $1.3 billion in economic activity and 11,000 jobs throughout the U.S, according to a recent Oxford Economics report. 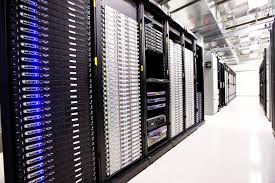 Much has been made of the potential economic impact of a second Amazon headquarters, but that’s still theoretical. Oxford Economics recently published a report on another tech giant—Google, and the actual impact its six U.S. data centers are having on the national economy, as well as the local economies of the markets in which the data centers are located. The six data centers—in which Google has invested $10.5 billion and are located in Oregon, Georgia, Iowa, Oklahoma and the Carolinas—allow Google to provide search engine, cloud computing and other web-based services.

Also, Oxford Economics found, Google data centers create an economic impact well beyond the campus itself. On-campus activity is supported by an external supply chain that employs nearly 3,500 additional workers. As those employed directly on campus and in the supply chain spend their wages, a further 4,700 jobs are supported in the wider consumer economy, such as in retail and leisure establishments. When all of these channels are considered, each direct Google data center job is found to support an additional 4.9 jobs throughout the United States (for a national jobs multiplier of 5.9).

Because of Google’s clean energy commitment, the report noted, $2.1 billion was invested in eight new renewable energy projects. The construction of these projects created more than 2,800 construction jobs, though those are temporary. The ongoing operation and maintenance of these projects requires the support of an estimated 70 full-time positions.