Economic Recovery: Heaven Can Wait Until Next Year

While there are additional shocks to the system that could impede the recovery this year and possibly into 2012, buying opportunities are becoming more prevalent. 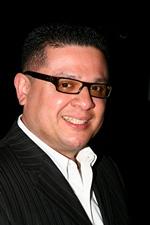 • “The real estate market is recovering, but unemployment will need to drop substantially before we see any real activity, especially construction.”
• “There is a lot of capital chasing a small number of deals.”
• “Whatever you buy today will take five to seven years to see any results.”
• “The roll-over risk is being amortized into a 10-year problem and we are in year three, (four), (five)…”
• “The competition in distressed sales is the borrower.”
• “Tight underwriting is the new normal.”

While there are additional shocks to the system that could impede the recovery this year and possibly into 2012, buying opportunities are becoming more prevalent. In the forefront, state government finances are in a dreadful situation. The unrest in the Middle East and North Africa is creating additional uncertainty in the marketplace and is hitting consumers hard. The excessive financial system debt is now government debt, and deficit spending has neutralized consumer saving. This is not supporting the economy the way the federal government expected.

Some fund managers have suggested the market needs six or seven internet-sized revolutions in new industries to recharge the employment numbers. According to Barry Eichengreen, Professor of Economics at UC Berkeley and Senior Advisor to the IMF, if we were to add 300,000 jobs a month, it would still take three years to get back to the previous employment peak. We are currently barely adding half that number. While we probably will not see any meaningful inflation until we hit 7 percent unemployment, real estate remains a great inflation hedge. The timing to dig up some great opportunities is now. What other investment vehicle potentially yields on average cash flow and appreciation?

Financing is becoming more readily available, and it is clear banks are exiting their “pretend and extend” approach. While some banks were able to save their balance sheets it hasn’t been a successful practice for most. Lenders are quietly increasing leverage ratios, and are becoming more aggressive with new loan origination. Construction lending divisions have re-opened, albeit for very limited types of products. For others, zombie real estate still roams the earth waiting to figure itself out and find new life. These will be smaller, mostly owner-user plays that will be difficult to underwrite.

Many of the weaker office, retail and industrial tenants have failed, and we will see less lease turnover in 2011, as well as increased absorption. Sales transaction volumes are already on the rise and cap rates have begun to compress. Vacancy seems to be stabilizing, even though owners are being cautious with tenant improvements and other capital expenses. The Architectural Billings Index is above 50, signaling expansion, and investment bank newsletters are generally more optimistic.

Heaven in 2011 can probably wait, but the second quarter is just around the corner and the time for finding deals is now. 2012 will be here before you know it.