DivcoWest has spent $79 million on The Davenport, a 220,000-square-foot Class A office property in Cambridge, Mass. The firm picked up the property from a client of AEW Capital Management. 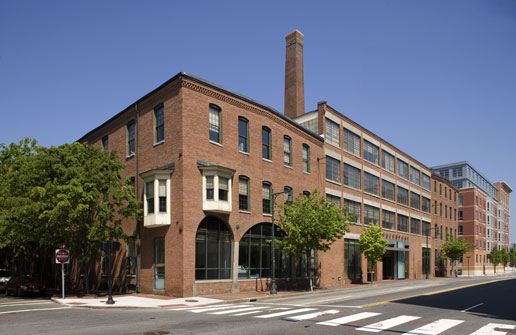 DivcoWest is having a busy week. Just days after announcing its $71 million acquisition of the 261,059-square-foot Caribbean Corporate Center in Silicon Valley, the firm has spent $79 million on The Davenport, a 220,000-square-foot Class A office property in Cambridge, Mass. The firm picked up the property from a client of AEW Capital Management L.P. in a sale brokered by the capital markets group of Cushman & Wakefield Inc.

Keith Wallace of DivcoWest’s acquisitions team called the property “a highly regarded asset” that will “appeal to a new generation of innovative entrepreneurs.” The Cambridge market has seen quite a bit of activity of late, with BioMed Realty Trust picking up two buildings in the last three months: the 287,000-square-foot Cambridge Place for $119 million and the $343 million pickup of an 80 percent stake in two laboratory / office buildings in the city from Prudential Real Estate Investors, giving BioMed a 100 percent stake in the properties.

The four-story building was originally built in 1860 as the Davenport Furniture Factory and was renovated and converted to office use in 1987.  The prior owner completed a lobby renovation in 2009. The Davenport is currently 95 percent leased with a diverse tenant roster that includes HubSpot, Sonos, Zipcar and Atlas Venture.

The Cambridge area was characterized as an active market in 2011 by Colliers International, with the firm writing that the city rode “a dual wave of growth from life-sciences and technology companies.” The vacancy rate for Cambridge’s office-and-lab market dropped from 14.1 percent to 12.9 percent over the year, with 217,730 square feet of positive absorption — 196,980 of which occurred in the fourth quarter.