Panattoni Development expects to complete the project in 2023. 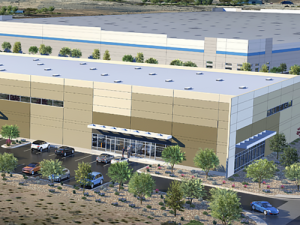 The company acquired the 11.18-acre development site in June, for $2.8 million, according to CommercialEdge data. Construction is scheduled to begin later this year.

The development is an addition to Spanish Springs Business Center, a 594-acre master-planned industrial campus, and is expected to be delivered in the fourth quarter of 2023. Alston Construction is the general contractor.

In October, Trammel Crow Co., together with Washington Capital Management have commenced construction on Golden Triangle Logistics Center’s Phase III in Las Vegas, which consists of two Class A industrial facilities, that will bring the industrial park’s total square footage to approximately 2.9 million.