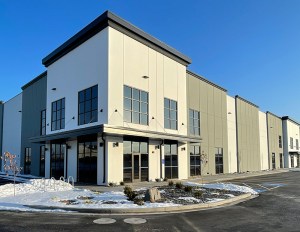 The new-build industrial park comprises three buildings and is situated on 183,792 square-feet in suburban Salt Lake City. Two buildings at the property, Building 2 and Building 3, which account for 60 percent of the space, are pre-leased to DHL and another tenant. The identity of the second lease holder could not immediately be learned, though Dalfen identified it as a Fortune 50 company in a statement. Building 1, a 77,887-square-foot property, is available to potential lessees.

New York Life provided financing for the buyer, said Richard Weiss, market officer for Dalfen Industrial’s West Region, who declined to disclose the purchase price. An official at Boyer did not immediately respond to a request for comment.

Dallas-based Dalfen cited the Salt Lake City metropolitan area’s rapid growth in the company’s statement, noting that its population growth is projected to swell at 2.5 times the national average. The firm plans to continue targeted acquisitions in the area.

The industrial park is located 1.3 miles from Highway 154 and is 2.3 miles from the under-construction State Route 85, known as the Mountainview Corridor.

Population trends have made Utah’s capital city and its surrounding towns a hotbed of commercial real estate activity in recent years, with a JLL report released at the end of 2022 noting the surge in residents as a key driver of investment.

“Salt Lake City’s growing population, diverse economy, which is reflected in its industrial tenant base, combined with its skilled labor will help the market remain resilient,” JLL noted in a 2022 end-of-year report, though it also mentioned that leasing and absorption volumes were below 2021 levels.