Revamp for Rock Center. Amazon digs in. Does ESG really matter? Here's a batch of other critical content for you to read, listen to or watch.

CMBS Delinquencies to Stay Low in 2020—With One Exception

“Moody’s Delinquency Tracker also recorded the lowest CMBS delinquency rate in a decade in December. The all-property 60+ day delinquency rate tracked by the firm declined to 2.77 percent during the month, according to Moody’s researchers—down 13 basis points from the rate recorded in November. It was also 115 basis points lower compared to December of 2018.”
—National Real Estate Investor 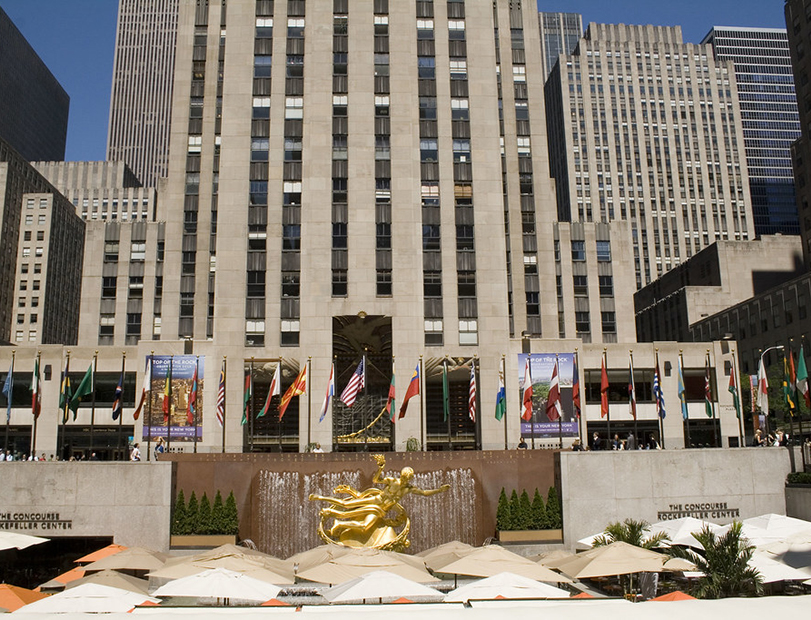 Rockefeller Center’s Public Plaza Could Get a Major Revamp

“Changes to the channel gardens would include adding reflective, translucent glass blocks to its six pools, allowing light to pass through and letting visitors see through to the concourse below. The proposal also suggests relocating the ‘Credo’ monument from the sunken plaza stairs to the garden’s Fifth Avenue entrance.”
—Curbed

Mortgage Rates Drop—And Could Go Lower Thanks To Global Uncertainty

“According to the latest data from the Mortgage Bankers Association, mortgage rates dropped to an average 3.87% this week—their lowest point since September.”
—Forbes

Amazon Plans to Begin Work On HQ2 Development This Month

Amazon has already moved more than 400 employees into leased office space in nearby Crystal City, but it plans to break ground on the first phase of new development at its second headquarters this month, Bisnow has learned.
—Bisnow

“Conducted in November, the online survey found more than half of global investors with $5 trillion in assets said that a fund’s performance track record, the investment philosophy of its managers and in-house investment selection process were the top factors guiding fund selection.”
—Pensions & Investments

Houston Cost of Housing and Transportation Par with New York

“While the monthly housing costs in 2016, the most recent data available, for a median Houston household was $1,379, 22 percent less than that in New York City, a family of Houstonians finds themselves paying $1,152 monthly on transportation, 38 percent more than what a family of New Yorkers generally pays.”
—Chron.com

Trump Tax Break That Benefited the Rich Is Being Investigated

“The inquiry is being conducted at the request of three Democratic lawmakers, Senator Cory Booker of New Jersey, Representative Emanuel Cleaver II of Missouri and Representative Ron Kind of Wisconsin.”
—New York Times