Crocker Partners and Cornerstone Real Estate Advisers have bought Boca Center in Boca Raton and they have big changes in mind. 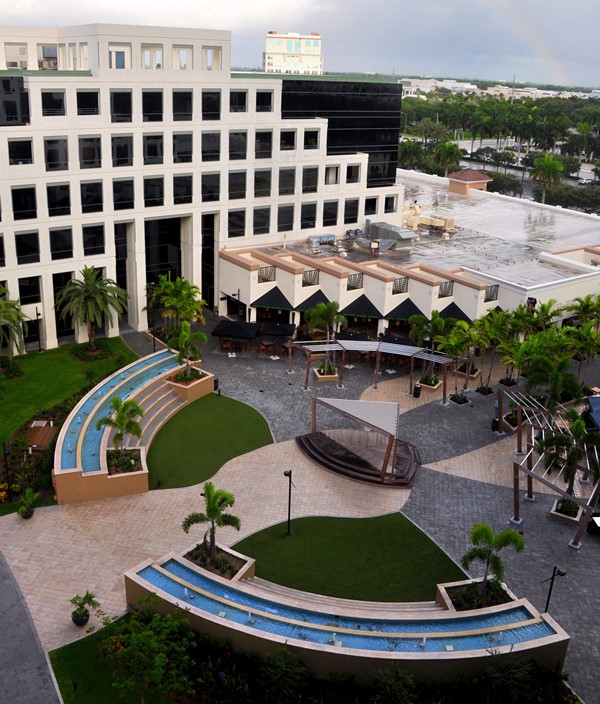 Boca Center, a prominent 476,000-square-foot mixed-use property in Boca Raton, Fla., has just come under the ownership of Crocker Partners and Cornerstone Real Estate Advisers L.L.C.  The partners acquired the 40-acre office and retail asset from TIAA-CREF for $194 million, and they have big changes in mind.

It was a major purchase that doubled Crocker’s presence in Boca Raton, a city that has taken a high position on the real estate company’s radar over the last several months–and for good reason. Boca Raton continues to be one of the most vibrant and attractive suburban office markets in the United States; the current weakness in its market fundamentals is beginning to evaporate as tenant demand for new space accelerates, Angelo Bianco, partner with Crocker, told Commercial Property Executive.

Setting a standard for suburban mixed-use developments with its opening in the mid-1980s, Boca Center features three premier office towers totaling 360,000 square feet and a 116,000-square-foot retail center. The property’s desirability in the market is evident; the office and retail segments are 91 percent and 98 percent leased, respectively. Excluded from the transaction is the 256-room Boca Raton Marriott at Boca Center, which was snapped up by Carey Watermark Investors for $57.7 million in June 2014.

While Boca Center is already successful, Crocker and Cornerstone will take it to a new level with a transformation program designed to tap into the asset’s upside potential. The team plans to reposition it as a high-end office and retail center that will attract attention–and more tenants at higher lease rates–from across the region. The new ownership isn’t talking numbers, but it will make a substantial investment to achieve the goal. And when all is said and done, Crocker will maintain a hands-on involvement by serving as the property manager.

The timing for such a project appears to be right. Boca Raton’s office market posted the highest absorption in Palm Beach County by a wide margin in the third quarter of 2014, according to a report by commercial real estate services firm CBRE Group, and its retail market recorded the highest average asking lease rate, beating out Palm Beach by nearly $4 per square-foot.