The firm’s latest report paints a positive picture of the commercial real estate industry's future a year from now. 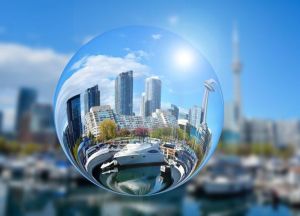 “The sentiment made a very robust but only partial recovery, perhaps mirroring the state of the overall economy,” said RCLCO Managing Director Charles Hewlett at a webinar announcing the sentiment survey report. “This increase of 22 points is the biggest jump that we’ve seen since we started doing the survey, but it’s probably still below the measure of a stable economic environment, which is typically above 60.”

But RCLCO’s survey of a diverse group of highly experienced real estate professionals across the U.S. also showed that respondents expect the RMI to reach 68.2 over the next 12 months.

“When asked where you think the markets will be one year out, over 60 percent of the respondents felt that real estate market conditions would be moderately or significantly better in the next year,” said Hewlett. 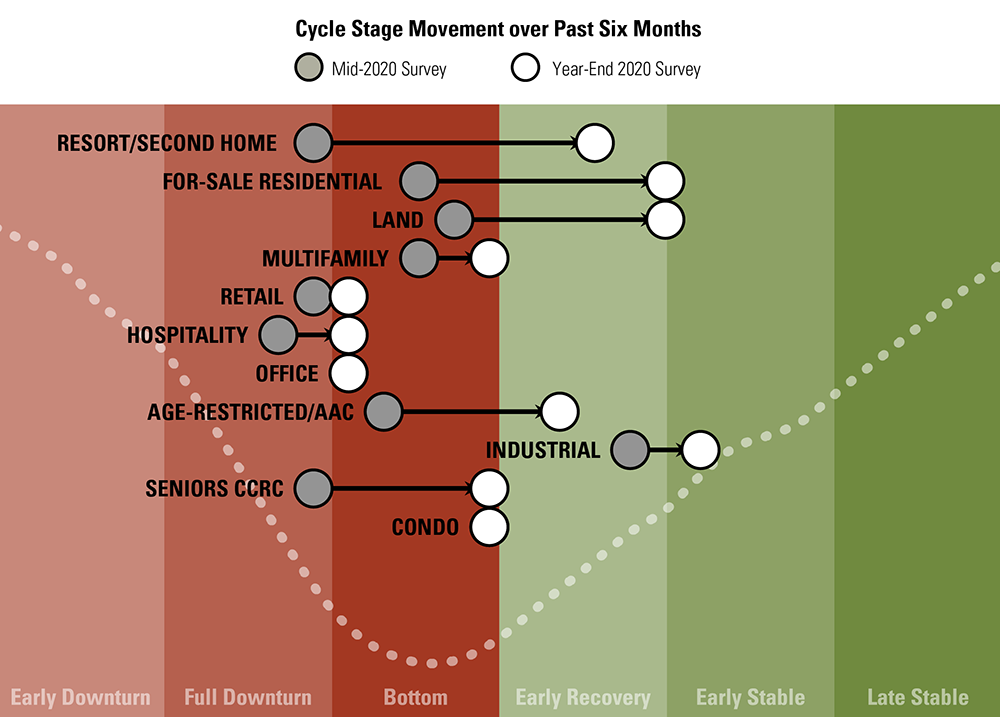 Survey participants’ assessment of the real estate industry’s status has improved substantially since the last report, due in no small part to the approval and rollout of vaccines. In June 2020, approximately 90 percent of respondents asserted that real estate conditions were moderately or significantly worse than the previous year, while 67 percent of respondents to the December 2020 survey indicated conditions were moderately or significantly worse one year earlier.

An even greater indicator of the industry leaders’ positive outlook is the fact that 59 percent of respondents to the June 2020 survey predicted that national real estate market conditions would be moderately or significantly worse in the next year. However, fast forward six months and 60 percent of respondents to the December 2020 survey predicted that the market would be moderately or significantly better in the next year.

Sanguine at the sector level

From the perspective of survey participants, the worst is over, as all the major property types are past the decline stage and are now at the bottom of the real estate cycle or have hit bottom and moved beyond it.

Respondents indicate that office, retail and even hospitality, the hardest hit of the sectors, have all migrated from full downturn to bottom over the last six months. Multifamily is right on the verge of entering early recovery, and the performance of the industrial sector—fortified by e-commerce penetration and home delivery surges—continues to outshine other property types.

One factor on which survey participants have no consensus is the potential impact of the new presidential administration on individual sectors or the commercial real estate industry as a whole. Thirty-nine respondents took a neutral position on the question of whether the new leadership will be a positive or a negative for the industry. Nevertheless, it appears that most participants ultimately consider the change a win for commercial real estate.

RCLCO launched the Index at the end of the Great Recession.

Read the full report by RCLCO.