Industry leaders mostly like what they're seeing so far this year, according to the first CPE 100 Quarterly Sentiment Survey of 2020. 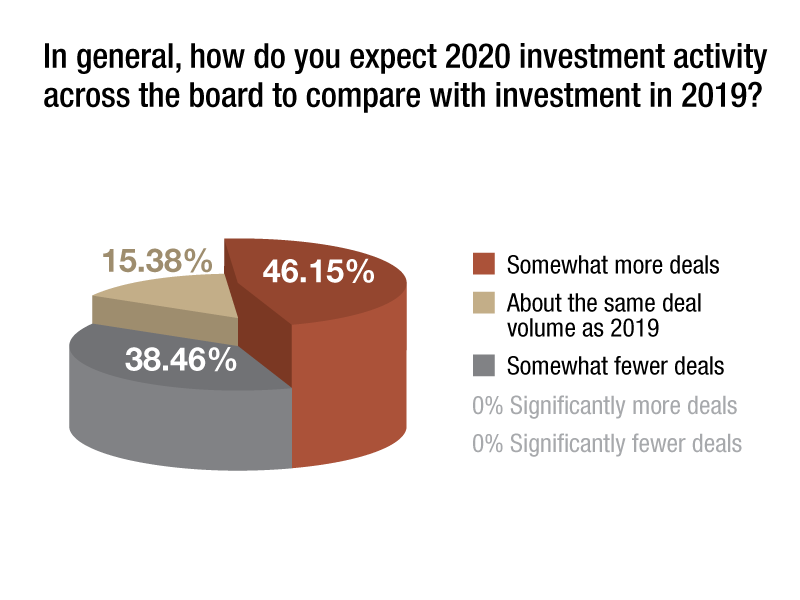 Commercial real estate executives are starting 2020 in a largely confident mindset about the state of the industry, investment prospects and their own company’s performance, according to the year’s first CPE 100 Sentiment Survey.

The industry’s prospects for investment prompt notably more upbeat responses than they did one year ago. Nearly half of respondents—46 percent—expect to see more deal activity this year than in 2019. That represents a significant change from a year ago, when only 7 percent of executives surveyed were willing to predict an uptick in investment volume. Slightly fewer survey participants than last year say that volume will decline. The results are based on a survey conducted in February of the CPE 100, an invited group of industry leaders representing a broad cross-section of business areas. 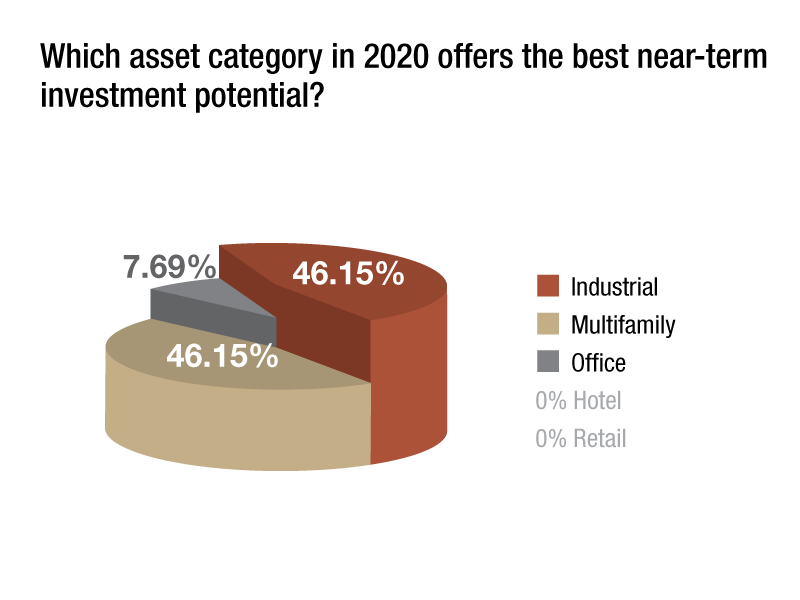 Confirming recent trends, the industrial and multifamily sectors continue to reign as investor favorites. The CPE 100 are divided close to 50-50 between the two asset categories.

In contrast, the mood during the first quarter of 2019 was marked by a combination of caution and pessimism. At that time, 93 percent expected either about the same or less deal volume year-over-year. 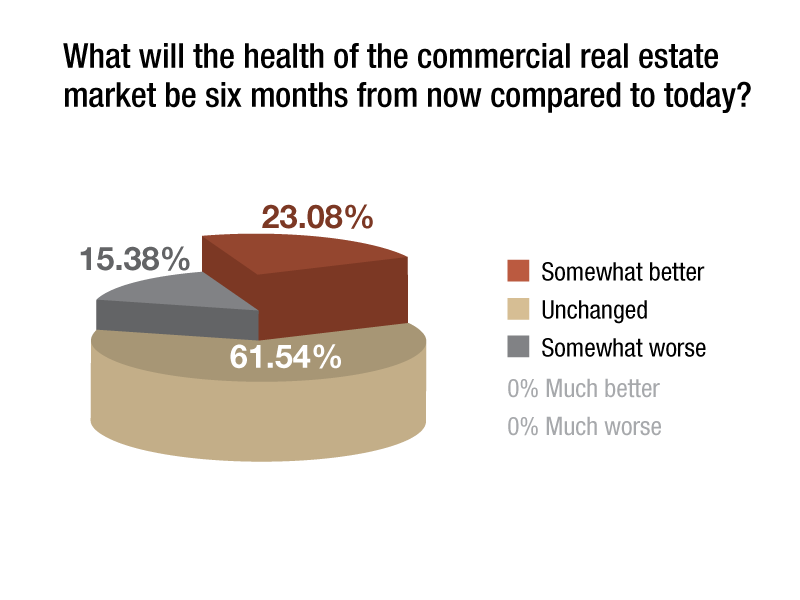 In a finding consistent with last year, stability marks the impression of commercial real estate’s prospects. A year ago, 60 percent of those surveyed predicted that the market’s overall health would be unchanged in six months. This year’s result is a virtually identical 62 percent. Perhaps significantly, the portion of executives who expect market conditions to worsen has declined from 40 percent a year ago to 15 percent today. 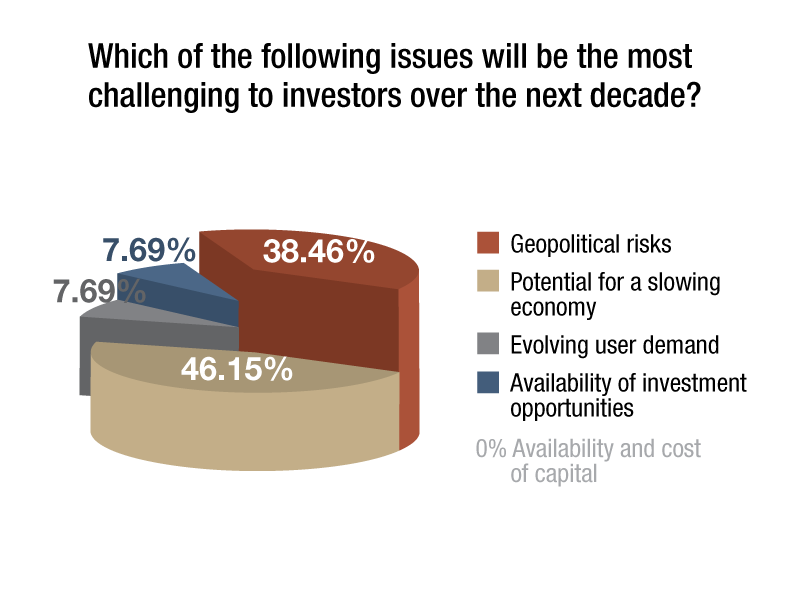 Another 23 percent of today’s respondents believe the market will be in somewhat better condition six months from now; last year at this time, no survey participants were willing to take that position.

When the outlook was extended to the new decade, survey participants cited the prospect of a slowing economy as the probable largest challenge for investors during the next 10 years.

When it comes to the performance of their own companies, the CPE 100 display similar confidence. 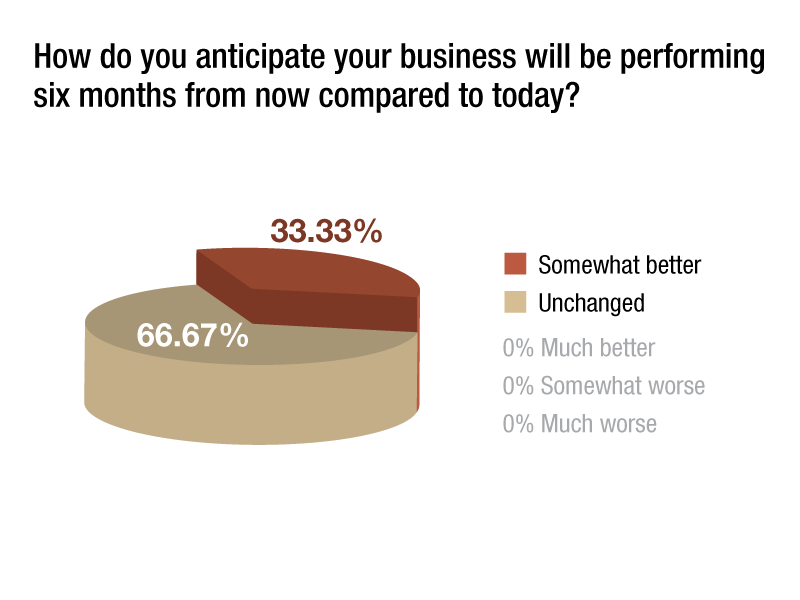 Two thirds expect their firms’ performance to be unchanged in six months, up from 47 percent a year ago. The remaining third look forward to improvement, comparable to 2019.

Views of the economy also remain strikingly similar to those of early 2019. At 69 percent, the share of executives who believe that business conditions will be unchanged in six months is virtually identical to the 67 percent who held that view one year ago. 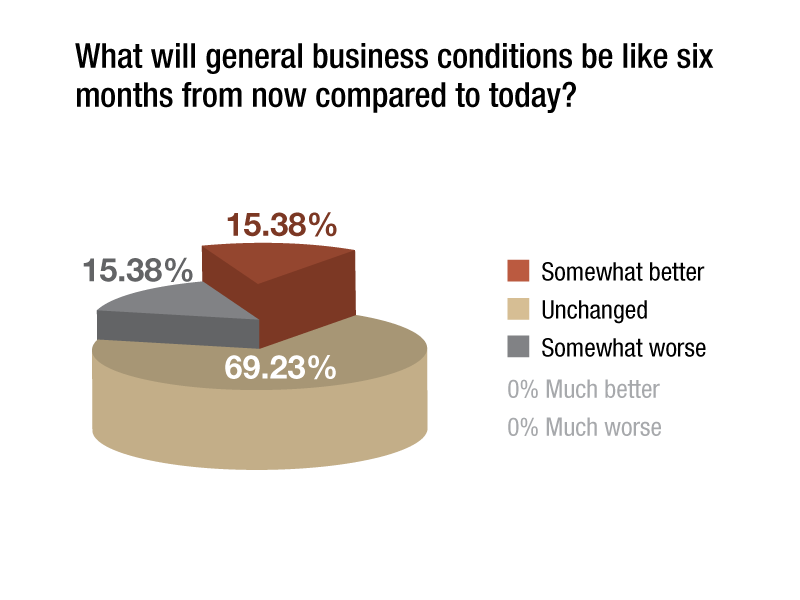 Another 15 percent say that the economy will be somewhat better six months from now, while the number who worried that the economy was getting worse has dropped nearly in half from the 33 percent who offered that opinion during the first quarter of 2019.