Cogeneration Picks Up Steam in CRE

Should you be considering combined heat and power systems for your properties? A look at the latest trends. 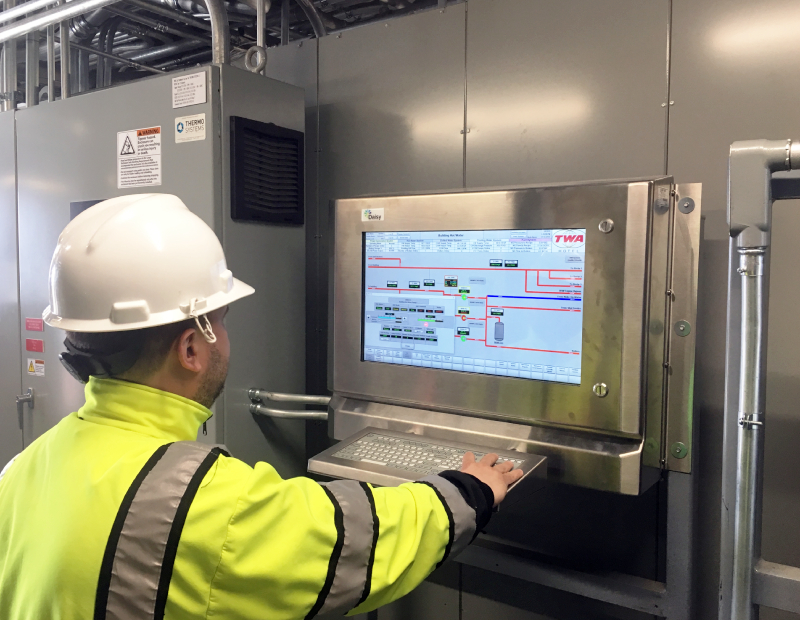 Operating the microgrid at Hudson Yards. Image courtesy of Related Cos.

Cogeneration, or combined heating and power (CHP), now represents 35 percent of capacity in non-traditional markets that include commercial real estate and industrial properties, according to Richard Sweetser, president of Herndon, Va.-based Exergy Partners.

In mid-June, Sweetser and others delivered a presentation at the U.S. Department of Energy’s Better Buildings Show that highlights a groundbreaking CHP e-catalog allowing owners and engineers to easily pre-screen their buildings for potential CHP plant installation. CHP produces electricity and useful thermal energy (heating and/or cooling) from a single source of energy, usually natural gas.

According to Sweetser, who served as the lead on the Department of Energy’s Packaged CHP e-Catalog and Accelerator Program, the catalog—which is based on NYSERDA’s earlier work—reduces cost, risk and lead time for CHP projects. The e-catalog offers a list of packagers, whose job is to assemble and support recognized package systems; solutions providers, who can be packagers but who also are installers and commissioners of package systems; and customer engagement partners, or utilities or government entities that have programs to promote CHP.

The e-catalog, which was launched in November 2019 and will continue to be built out for the rest of 2020, now includes 31 recognized packagers, 19 solutions providers, and 201 package offerings. The entries are valuable to end-users because they feature pre-engineered and tested CHP package systems that meet DOE performance requirements that have also been reviewed and approved by experts. Information related to standardized performance is included on the packages so they can be compared.

Most CHP systems operate “behind the meter.” In other words, they reduce energy consumption because it is cogenerating with another source, usually the utility. “For CHP to be effective you have to have a continuous thermal load,” said Ken Duvall, CEO of Atlanta-based Sterling Energy Development. That means a constant need for heating and/or hot or cold water often found in the hospitality, healthcare, casinos, universities, laboratories, and other commercial and institutional spaces that require resiliency.

Utility companies—once resistant to CHP plants, viewing them as competition—are moving to the forefront as owners of the systems in both university settings. One example is Duke Energy, which owns the CHP utility asset at Clemson University, as well as its latest 15-megawatt plant project at Purdue University, from which all of the power will go back to the grid and the thermal energy will be purchased by the university.

“It’s a win-win for both parties,” Duvall explained. On one hand, Purdue didn’t have to invest in steam generation systems; its utility bill is lower and the university now has a backup steam source. Meantime, the utility gets a more efficient power plant because it’s got a buyer for waste heat.

Another example of Sterling’s CHP development engineering work in the industrial sector is located on Amelia Island, Fla. The CHP system is owned by Chesapeake Utilities and sited at a paper mill, which uses all of the steam while the utility takes all the power.

Neal Elliott, senior director of policy at the Washington, D.C.-based American Council for an Energy-Efficient Economy  says CHP works best for complete gut rehab or new construction. It is also appropriate for mixed-use, such as The Pythian Building in New Orleans, a historic 10-story mixed-use project that includes retail, restaurant, bars, commercial kitchens, event space, offices, and market-rate and low-income subsidized housing on the upper floors.

READ ALSO: Are Microgrids the Answer to Energy Disruptions?

CHP can provide backup in the event of a grid outage for hospitals and government complexes that make use of important life-safety systems and where power reliability is critical, with high demand for hot water, sterilization and other requirements. Onsite backup emergency generators, required in the hospitality sector, are not great on reliability because they don’t run all the time while CHP systems can operate indefinitely.

Universities make particularly good candidates for CHP systems, Elliott noted. Not only they can replace the need for backup emergency generators, but they can also be self-financed, with an amortization period of over eight years versus the 36-month payback on capital investment most commercial property owners expect to have.

It may seem counterintuitive, but CHP is not a good candidate for data centers, given the natural gas component and the fact that the biggest owners, like Amazon and Google, have made commitments to carbon neutrality.

In the future, however, decarbonization, will be a large part of CHP, Sweetser said, despite the general understanding that fossil fuel is going to be eliminated by 2050. Variations on natural gas like landfill gas, recycled natural gas and other carbon-neutral fuels like hydrogen will continue to grow the use of CHP.

Robert Thornton, president & CEO of Westborough, Mass.-based International District Energy Association, noted that there has been a slight surge in CHP since Super Storm Sandy in 2012, during which 21 million people were left without power—including seniors trapped on upper floors of high-rises because power outages left elevators grounded.

“A combination of weather, aging utility grid, greater dependence on utilities has resulted in a lot of property owners looking for technologies to enhance greater resiliency so they have stronger business continuity,”  Thornton said. “CHP makes sense where there is a matching or combined need for heat and power.”

The cost to produce the CHP is not as standardized as its performance and can be likened to the price difference between a hotel room in Manhattan and one in a remote rural town. The cost of electricity varies widely by locality, as does the rate design of that power. Another challenge is that many states and municipalities are restricting the use of natural gas, even imposing a moratorium on natural gas.

An example of CHP’s performance is New York City’s Hudson Yards, which has a 14-megawatt microgrid with CHP that it runs in tandem with the Con Edison grid. The project’s owner, Related Cos., purchases power from the grid 60 percent to 70 percent of the time but on-site systems complement the grid. “The reason they wanted microgrids and CHP is these are 40- to 50-story buildings and they want to attract high-profile tenants who value business continuity and they want to be able to say we have onboard cogeneration.”