Guest Column: CMBS is Back

The Alter Group's Richard Gatto talks about the return of the CMBS market. 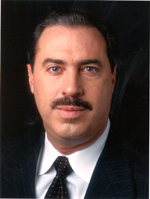 At its 2007 peak, the CMBS market reached $230 billion in sales. While we are a long way from that crest, the CMBS market has fought its way back: Wall Street banks report selling $1.25 billion during the week of Sept. 10 alone, and we are poised for $7 billion in new bonds in October. Issuance could hit $45 billion this year, partly because many loans written in 2007 are rolling over and are refinancing with new conduits. That total could rise to $58 billion in 2013 and $75 billion in 2014. Part of the issue is that there is a shortage of bonds in the market, since so much of the 2007 stock matured this year.

All of this is good news for the industry, because the simple truth is that we can’t function without CMBS. The bond market remains the principal way that developers and owners convert temporary financing (often three-year construction loans) into permanent financing. Typically, this is accomplished with conduit loans, which are converted into securities and sold to investors.

In early 2012, some commercial real estate industry authorities feared that when existing commercial loans matured, they would not be able to refinance and the properties would revert to REO status for portfolio loans and special servicing for securitized debt. However, the Fed’s recent announcement of low interest rates ‘til 2015 means that returns on T-bills narrowed to as little as 150 basis points, forcing the global investment community to look for yield elsewhere. This was followed by the announcement of QE3, which releases $40 billion a month in investment money back into the economy. All of which benefits real estate securities, which offer investors relatively high yields (we’re seeing B-piece CMBS investors achieving 20 percent and higher yields) and relative safety (CMBS delinquencies—at just 8.96 percent—have hit their lowest levels since the beginning of the recession).

At present, the securitization market is in a good place: Ninety-two percent of loans that originated in 2007 and are rolling over will be refinanced at a value upwards of $362 billion. Borrowers considering CMBS loans will find available money at attractive rates, primarily because investors have achieved a comfort level, since lenders have moderated leverage and increased transparency on conduits. As a point of comparison, while portfolio lenders will provide non-recourse financing with a loan-to-value of as much as 65 percent, CMBS lenders will go as high as 75 percent. Although the LTV is not at the 90 to 95 percent level that prevailed before the financial crisis, it is loosening the credit market and creating liquidity. There had been concerns that the LIBOR scandal might affect CMBS, but in truth its impact is minimal: If the conduit loans behind the CMBS were floating-rate, they would have been pegged to LIBOR; however, considering that interest rates were kept artificially low by the LIBOR banks, borrowers benefited from even cheaper money, while investors saw lower returns.

S&P Issues New CMBS Guidelines
The rating agencies have also helped boost the current investor confidence in CMBS. Standard & Poor’s has amended its CMBS ratings after it didn’t rate a $1.5 billion Goldman Sachs and Citigroup transaction. According to S&P, its revised criteria comprise an exhaustive framework for rating standalone, large-loan and conduit/fusion CMBS deals. The firm evaluates properties according to their location (primary, secondary or tertiary markets) and applies capitalization rates to show the relative strength of those markets and the quality of the properties. The revised standards encompass a default probability model driven by creditworthiness as measured by the loan-to-value ratio and debt-service coverage. The plan implements an analogous approach to property analysis based on long-term valuation. Compare that to their previous ratings, which were simply based on debt-service totals and loan constants, and you get a sense of how different the new CMBS market is.

As executive vice president of The Alter Group (www.altergroup.com), Richard Gatto spearheads the firm’s business development, corporate services, leasing and build-to-suit activities. The Alter Group, voted NAIOP’s National Developer of the Year, was founded by William A. Alter in 1955 and has developed close to 100,000,000 SF of speculative projects for its own portfolio and build-to-suit facilities for corporate users.