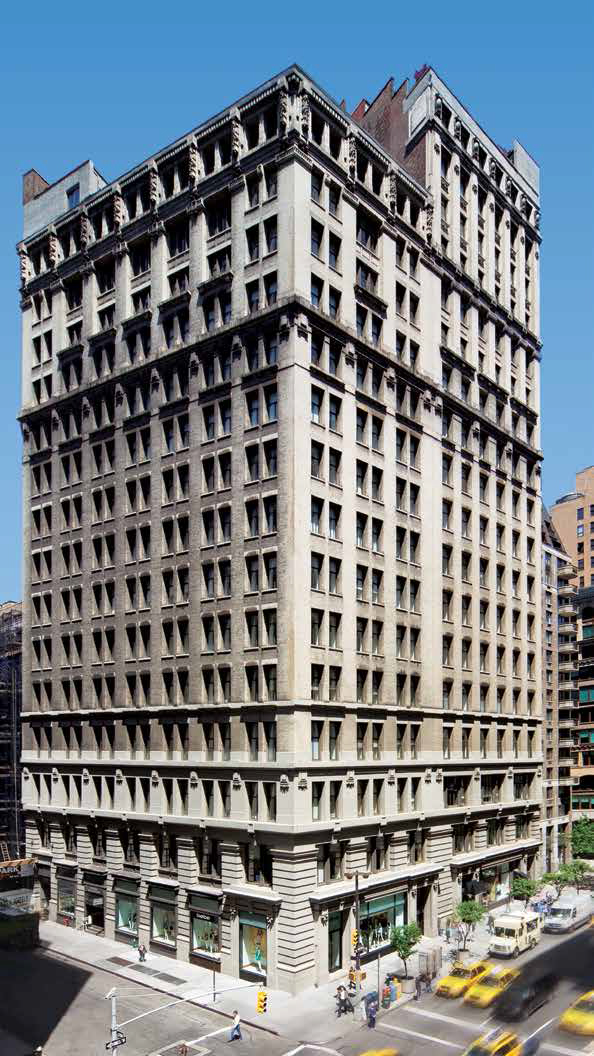 “100 Fifth Avenue is one of the top institutional-quality assets in the Midtown South submarket,” Gary Rufrano, a director at Clarion Partners, a New York-based real estate investment manager, said in a news release. “The Class A vacancy rate in the area is just 3.2 percent and with limited potential for new competition, we are very pleased with this addition to our portfolio.”

“The interest in Midtown South properties among institutional investors has grown exponentially over the least several years,” Woody Heller, executive managing director of Studley’s Capital Transaction Group, said in the release. “This is entirely justified by the appeal of the area and spaces to many of the city’s fastest-growing tenants.”

The property, located near Union Square between 15th and 16th streets, is two contiguous buildings that were built in 1906 and 1911. When Kaufman and Invesco bought the site in 2010 for $93.5 million, they began a $9 million capital improvement plan to upgrade and modernize the French Gothic building. Renovations included upgrades to the lobby, buildings systems, elevators, security and HVAC. Kaufman, which is being retained as the property’s exclusive leasing and managing agent, began leasing up the repositioned building with technology, new media, fashion, advertising, finance and real estate clients. The building is now fully leased with tenants like Apple iAd and Yelp, which has its New York headquarters at the site and recently took another 29,505 square feet, according to the Union Square Partnership. The New York Times reported in October that Timberland, the New Hampshire-based outdoor footwear and apparel company, had taken 9,500 square feet for a showroom under a 10-year lease.

“After repositioning, rebranding and leasing the property, our partnership decided that this was the right time to sell 100-104 Fifth Avenue and that Studley was the right firm to market it. The Midtown South market is active and we believe that investors from across the country want to own here. This sale marks one of the largest deals in the neighborhood so far this year,” Fred Leffel, president of Kaufman’s New Ventures division, said in the release. “We’re happy to still lend our expertise to the building by staying on as the leasing and managing agent.”

Rents in the building, which has floors that are structurally aligned to create a flexible, loft-style plan that many tech companies like, have reportedly been in the $50 to $55 per square foot range, about average for the neighborhood. In its Manhattan Office Market Report for April, Cassidy Turley said the overall asking rents for Midtown South were up 3 percent to $57.60 per square foot. The commercial real estate services firm noted that Midtown South “is the only market where current average asking rents have surpassed its historical highs, which are 16 percent higher than 2007 asking rents.”

The Union Square Partnership put the Union Square neighborhood’s vacancy rate at 2.6 percent and the overall Midtown South vacancy rate at 8.6 percent in its 2013 Commercial Market Report. The report by the non-profit neighborhood advocacy group noted that 100-104 Fifth Avenue had three of the top lease transactions for the 2012, including the Yelp expansion. The other tenants listed in the report were Knewton, Inc., which took 16,000 square feet and  FirstMark Capital, which leased 10,600 square feet.