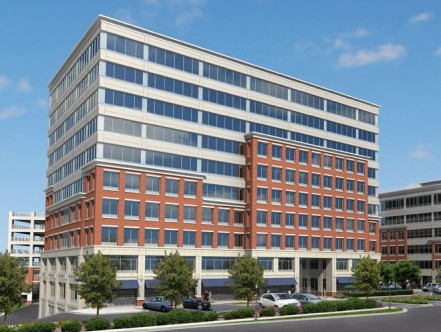 One NorthPlace in Atlanta, rendering

Atlanta—Childress Klein and MidCity Real Estate Partners recently snapped up the NorthPlace project development site in Atlanta’s Central Perimeter submarket, paving the way for an office park featuring as much as 370,000 square feet. It’s a case of déjà vu for MidCity, which, in 2015, joined forces with Crocker Partners on the same project.

No one’s talking dollar signs pertaining to the transaction with the seller, who was, according to Fulton County records, CP NorthPlace LLC, an entity controlled by Crocker Partners.

While previous plans for NorthPlace called for three buildings, Childress Klein and MidCity envision two office towers on the 3.7-acre site; one offering 250,000 square feet and the other featuring 120,000 square feet. MidCity will manage construction operations for the project, which should find a warm reception. Demand in Central Perimeter appears to be none too shabby, particularly if dollar signs tell the story. Class A asking rents in the submarket reached almost $28.5 per square-foot in the fourth quarter of 2016, beating out metro Atlanta’s record high Class A average of $27.5 per square-foot by nearly an entire dollar.

As Kirk Demetrops, president of MidCity Real Estate Partners, said in a prepared statement, “Central Perimeter continues to be one of Atlanta’s most desirable markets for office users.” MidCity will spearhead leasing at the Warner Summers-designed NorthPlace, targeting corporate and medical office users.