The first quarter yielded a 20 basis-point drop in the vacancy rate and 1.6 million square feet of positive absorption amid a bevy of new deliveries, per Avison Young's new report. 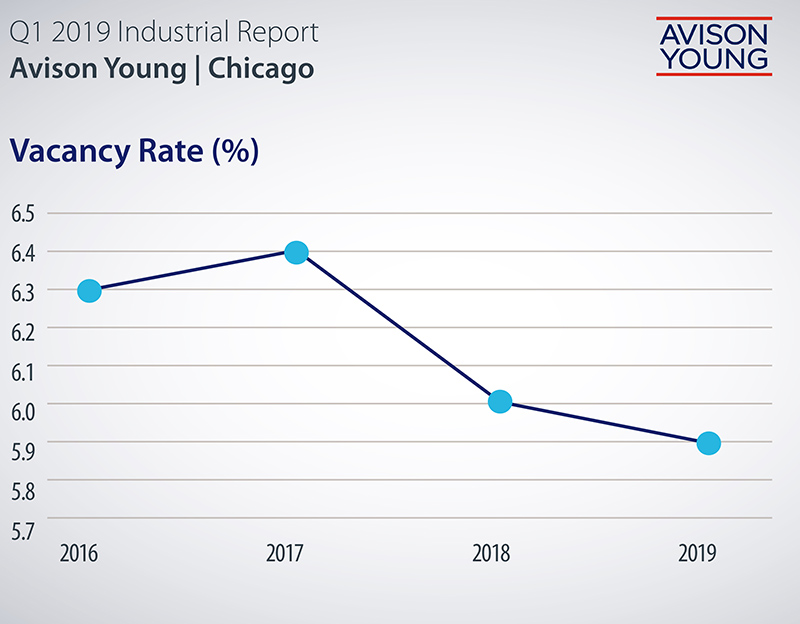 Metropolitan Chicago’s 1.1 billion-square-foot industrial property sector continued to perform well during the first three months of the year, amid yet another quarter of robust construction activity, according to Avison Young’s Chicago First Quarter 2019 Industrial Market Report.

Currently, around 19.3 million square feet of industrial space is under construction in the Greater Chicago area. “The Chicago industrial market continues to show its ability to support this deep construction cycle and remain on a positive trajectory,” Chris Lydon, a principal in Avison Young’s Chicago office, said in a prepared statement.

Metro Chicago’s industrial market, which includes Southern Wisconsin and Northwestern Indiana, has been nothing if not consistent, logging its 19th consecutive quarter during which construction activity involved a minimum of 35 buildings totaling 10 million square feet. 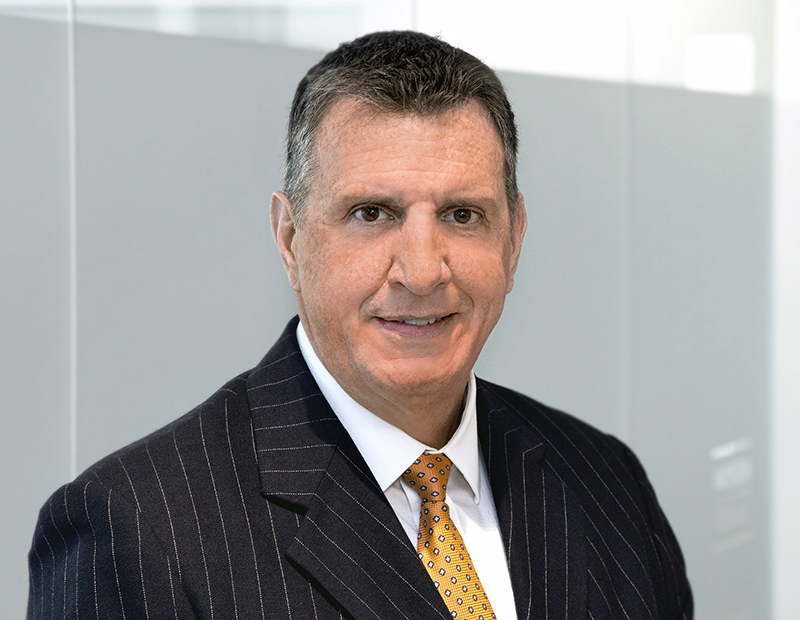 Even with more than 2 million square feet of notable speculative product having delivered—including two buildings by Bridge Development Partners totaling roughly 465,000 square feet in Downers Grove in the I-88 Corridor—the vacancy rate fell for the ninth quarter in a row, decreasing 20 basis points from the fourth quarter of 2018 to 5.9 percent.

Prices in Chicagoland went on the rise as well, with the average asking rental rate going from roughly $4.75 to $4.90 per square foot. While leasing activity declined 13 percent quarter-over-quarter to 7.2 million square feet, net absorption remained high at 1.6 million square feet. “The market is being driven by demand from companies expanding or realigning their distribution and light manufacturing networks, as well as from the growing ecommerce sector,” Lydon noted in prepared remarks. 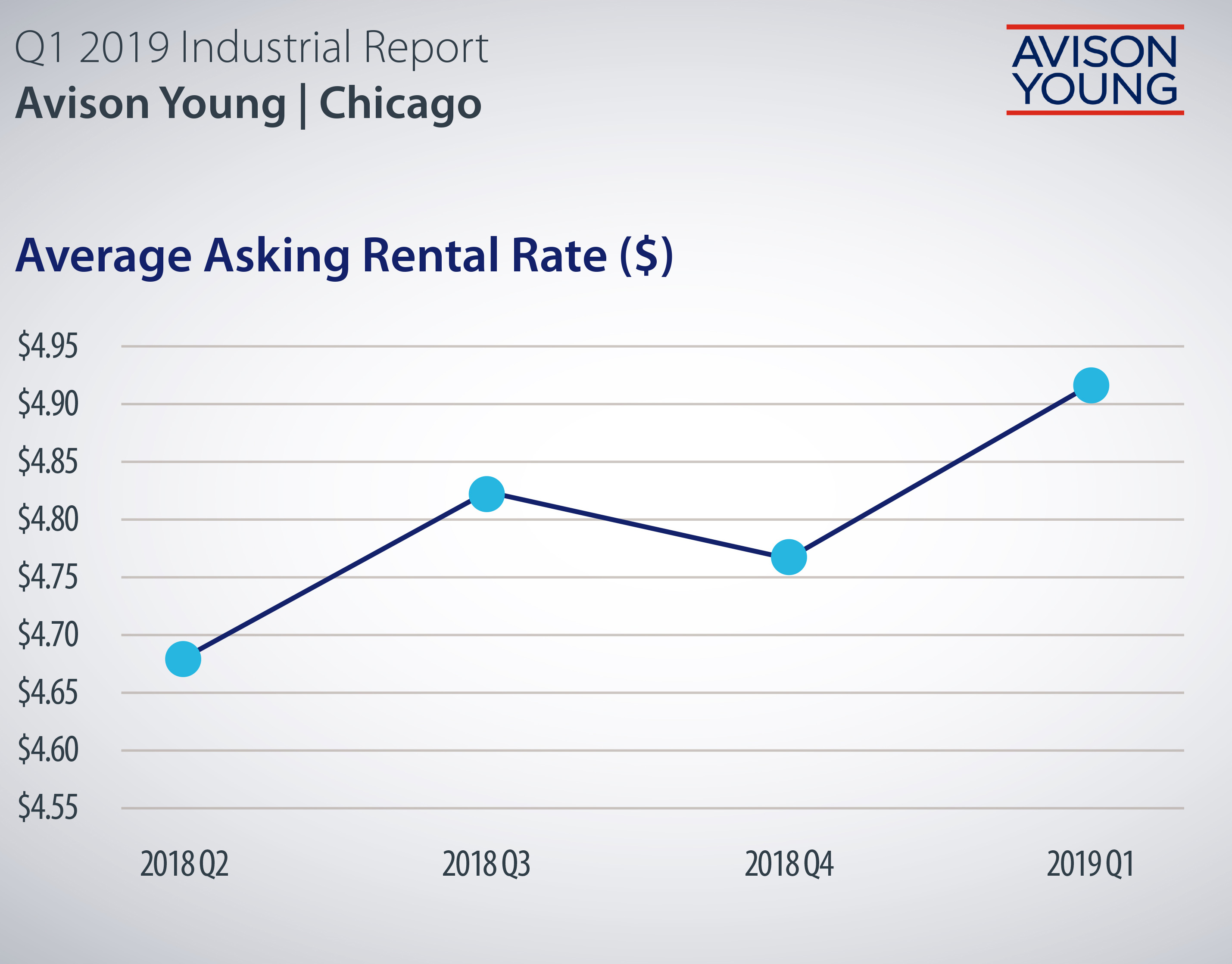 Southern Wisconsin was the hub of a great deal of activity in the first quarter. German pharmaceutical company Fresenius Kabi, which maintains its North American headquarters in Lake Zurich, Ill., inked the largest lease of the period, signing on to occupy a 590,000-square-foot building to be developed by Venture One at Stateline 94 Corporate Park in Pleasant Prairie. The submarket was also home to the largest industrial building under construction, Darwin Realty & Development’s 1 million-square-foot speculative project due to reach completion in Kenosha in the fourth quarter.

The O’Hare submarket was buzzing as well, attracting attention for O’Hare International Airport’s new status as the busiest airport in the U.S. “This trend bodes well for the area Freight Forwarding and Cargo users that are located in the O’Hare submarket. This is also a trend that area developers take note of while assessing the market dynamics for their next O’Hare project,” Lydon told Commercial Property Executive.

O’Hare’s land prices, buoyed substantially over the last few years predominantly by data center development, continued to increase in the first quarter. “We’re now seeing a flurry of developers looking for last mile sites for ecommerce and it’s challenging to find. Developers typically want 10-acre sites to make their numbers work and it’s difficult to find that in such a strong infill location,” added Lydon. “At this point in time we believe that the going price for land within the O’Hare submarket is nearing the ceiling at upper $20s per square foot.”

In the Southern Wisconsin and O’Hare submarkets, and in metro Chicago in general, Avison Young expects positive momentum to continue for the long term.