Located a few miles from Boston, The District Burlington is a 1 million-square-foot urban park with suburban environment features. Tenants are attracted by its enhanced connectivity, walking trails and private shuttles.

“You had a tremendous combination of financial wherewithal and management expertise between AEW and Charles River Realty,” Greg LaBine, HFF’s managing director, told Commercial Property Executive. “What they already created, and having already done all of the base-building improvements to this asset, it’s an asset in the suburbs that’s unmatched in terms of amenities and walkability. It’s creating a suburban environment in an urban park, and you just don’t ever get that.”

The District Burlington was repositioned and rebranded through the complete redesign of the park infrastructure and the development of a 30,000-square-foot retail cluster anchored by Island Creek Oyster Bar, Tuscan Kitchen and Market, and TD Bank. 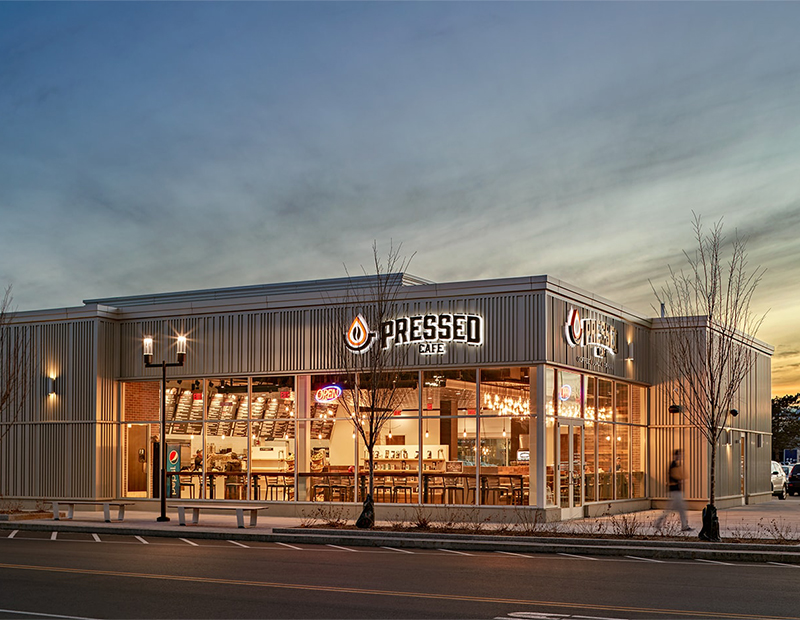 “The capital allows them to extend the term on a refinance to complete its business plan and give them the remaining capital needed to fit out the rest of the space,” LaBine said.

According to LaBine, the borrower did a fantastic job repositioning the asset to become a best-in-class mixed-use park with the best amenity package available in the market, which led to increased tenant demand and higher rents.

Recent renovations include the repositioning and expansion of Building 700, the addition of a 350-space parking garage, and the creation of a first-rate walkable amenity package including a new Residence Inn by Marriott and an 8,000-square-foot fitness center.

The property is less than 15 miles northwest of Boston and situated adjacent to Route 128/Interstate 95 and the Burlington Mall. “Burlington has always been a very strong Route 128 location,” Greg LaBine, HFF’s managing director, told Commercial Property Executive. “You have great highway visibility, you have great access. The sponsor also smartly put in a shuttle that runs to the Red Line. And it’s only about 10 minutes out of the city.”

Tenants are attracted to the park due to its enhanced connectivity, which is provided through a Zagster Bike Share Program, walking trails and a private shuttle to and from the Alewife MBTA station in Cambridge. Currently, the District Burlington is 85 percent leased to a diversified roster of more than 40 regional, national and global tenants. Its roster includes BAE Systems, Black Duck Software, Charles River Development (no affiliation with Charles River Realty Investors) and Decision Resources.