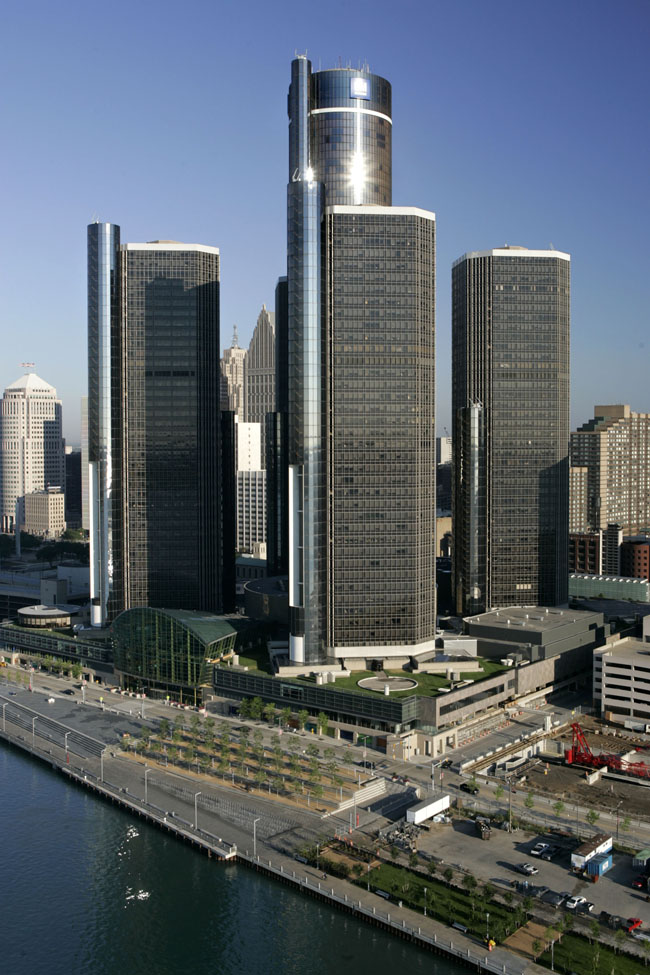 Instead of vacationing, CBRE Group Inc. spent the summer racking up millions of square feet of management and leasing assignments and the commercial real estate services firm has kicked off the fall with more of the same. CBRE was recently tapped by General Motors to spearhead facilities management, leasing and project management of Renaissance Center, the automaker’s 5.5 million-square-foot mixed-use headquarters complex in Detroit.

“It’s the most recognized structure in our downtown,” John A. Latessa Jr., managing director with CBRE, told Commercial Property Executive. CBRE’s responsibilities will extend to the 3.5 million-square-foot office and retail space at the seven-structure complex; only the Detroit Marriott hotel tower will be out of its domain. The office segment of the property is 92 percent leased, with GM making its home in 40 to 50 percent of the space, and the retail portion is 50 to 60 percent occupied.

The commercial real estate market took a nosedive in Detroit before plummeting across the country, so while it appears the worst days are behind the Motor City, conditions remain challenging. At mid-year, the average vacancy rate for Class A office properties in the central business district was 28.1 percent, according to a CBRE report. The retail market is improving, but continues to struggle. However, CBRE has a few advantages to work with at Renaissance Center when it comes to leasing.

First off, those lackluster market conditions in the CBD are slowly but surely improving, thanks in no small part to a big new tenant at Renaissance Center, Blue Cross Blue Shield of Michigan. The health insurer signed a lease for a total of approximately 435,000 square feet in Towers 500 and 600 in 2010, and began relocating 3,000 employees from its suburban home to its new downtown digs earlier this year.

“The central business district is experiencing better absorption and better traction, and much of that is attributable to the significant move by Blue Cross BlueShield,” Latessa said. He added that Quicken Loans owner Dan Gilbert has made a number of acquisitions of office buildings in the area.

On the retail front, the continuing influx of office workers Downtown, and particularly to the Renaissance Center, is bringing additional foot traffic. And new traffic at the hotel will also help buoy the flow of visitors, Latessa predicted. For both the office and the retail space, CBRE will be able to rely on a bevy of selling points — including rental rates. “The value proposition is that you can achieve so much here as far as the amenities and the proximity to all the things that are special about the downtown district for a very economical price point,” Latessa said.

CBRE will take the helm at Renaissance Center on the first day of 2012. This contract with General Motors follows a substantial list of assignments CBRE has secured over the last few months. One day in July, the firm revealed that the U.S. Postal Service had selected it to serve as exclusive provider of strategic corporate real estate solutions for the agency’s 300 million-square-foot portfolio of facilities, and two days later, announced news of its new contract with IndCor Properties Inc. to manage a 22 million-square-foot group of industrial assets.