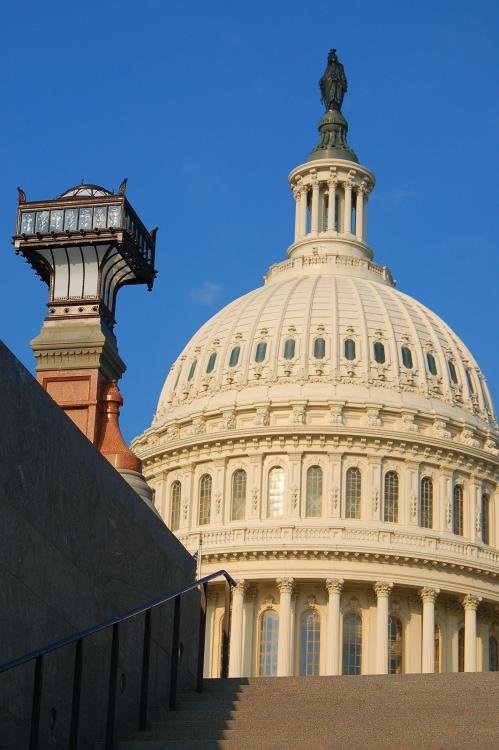 Image courtesy of the Architect of the Capitol

Though the presidential campaign is the biggest game in Washington, D.C., these days, industry organizations have much more on their radar than the next White House resident. In the first of two parts, CPE looks at the impact of recent legislation and discusses the priorities of three leading associations.

As in most election years, 2016 offers only modest expectations that Congress will make major headway on key industry concerns. The expected lull follows a year that yielded encouraging, if mixed, results on Capitol Hill. In January 2015, the latest reauthorization of the Terrorism Risk Insurance Program Act provided a measure of confidence to investors, sponsors and insurance carriers themselves. For 2016, industry insiders are closely watching the ramifications of a welcome, if surprising, flurry of year-end activity.

Perhaps the most significant recent piece of legislation for the industry was contained in the Protecting Americans from Tax Hikes Act of 2015. A crucial element is an overhaul of the Foreign Investment in Real Property Tax Act of 1980. “By breaking down outdated tax barriers to inbound investment, the FIRPTA relief will help mobilize private capital for real estate and infrastructure projects, such as roads and bridges, while driving growth in construction and related jobs,” said Real Estate Roundtable president & CEO Jeffrey DeBoer in a statement following the bill’s passage. 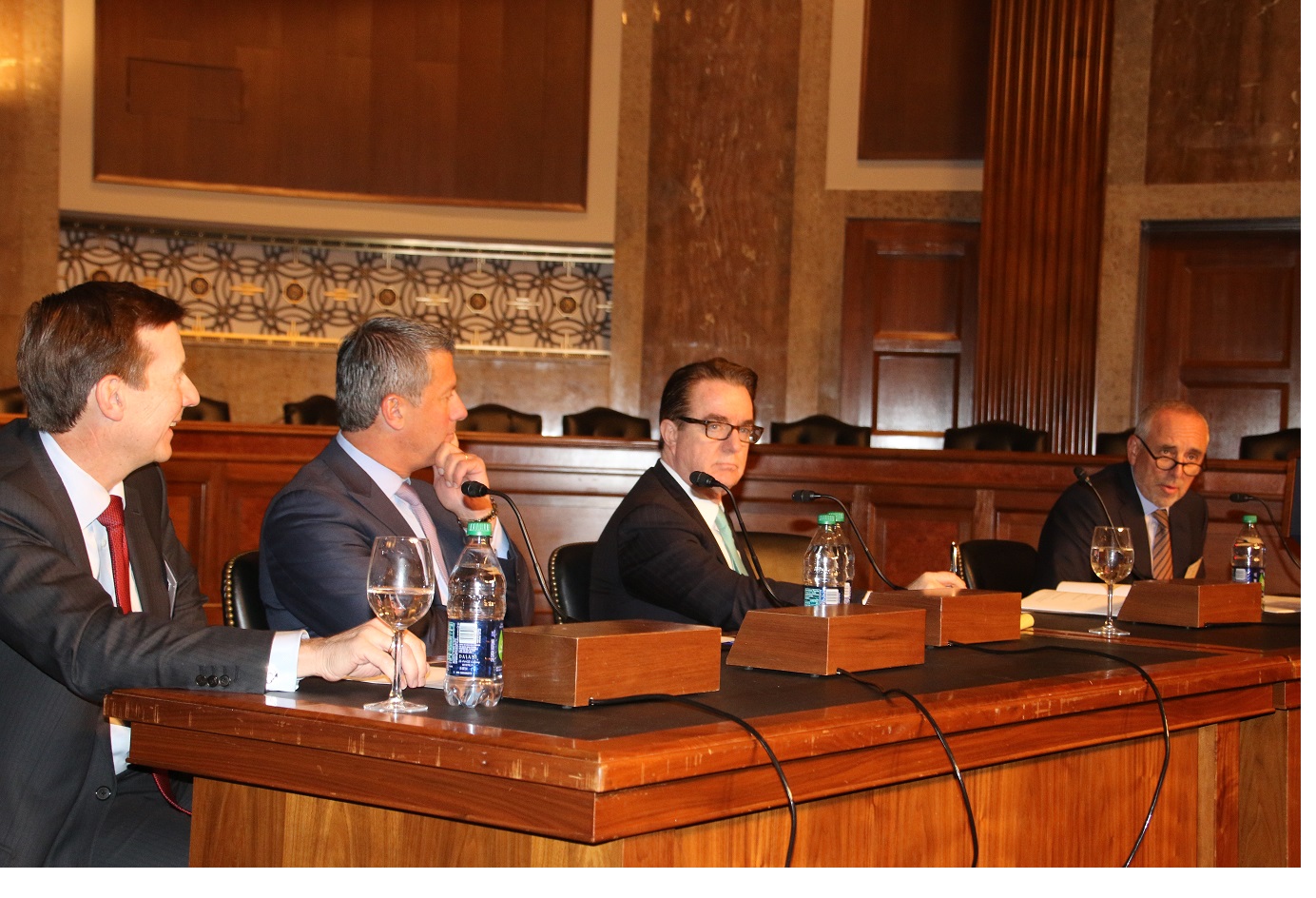 Reforming FIRPTA had been a longtime industry priority because of its restrictions on capital flows to investment in U.S. assets. In a plus for institutional investors, the revised law also exempts foreign pension funds from tax liability.

Another element of the PATH Act opens a new chapter for capital investment. The depreciation schedule for tenant improvements was a long-time sore point for owners; a 39-year timeline failed to account for lease terms that are typically far shorter. But last year, the industry’s long campaign for reform finally paid off when Congress established a 15-year threshold. “Commercial building owners now have the economic certainty necessary to invest capital confidently, knowing they will be able to depreciate tenant improvements over 15 years rather than 39,” BOMA International pointed out n a statement issued at the time of the PATH Act’s passage.

Investors, developers and other industry stakeholders are also closely watching the impact of the federal EB-5 program, which will remain in effect through Sept. 30 following its temporary extension by Congress in December.  Administered by the Department of Homeland Security’s U.S. Citizenship and Immigration Services, the program is widely credited with giving foreign nationals a channel to provide real estate investment capital.

“It’s been used to generate capital for a wide range of projects, from office to mixed-use to affordable multifamily housing,” noted Stockton Williams, Executive Director of ULI’s Terwilliger Center for Housing. Participants invest $500,000 or more in locations where the unemployment rate is 150 percent higher than the national average. The incentive for sending job-creating capital to those struggling communities: Fast-track consideration for permanent legal resident status.

In contrast to the reforms it approved through the PATH Act, Congress granted EB-5 its temporary extension without making changes demanded by critics. The program’s future remains uncertain in light of doubts raised in Congress by Democrats and Republicans alike. Too often, those skeptics contend, capital raised through the EB-5 program benefits affluent areas rather than the struggling communities it was meant to help.

On a variety of other fronts, Congress all but certain to remain deadlocked. Nevertheless, major associations continue to press for action on a variety of topics. Leaders of these organization told CPE how last year’s legislative successes are likely to shape the industry, and explained what tops their lists for 2016.

In April, the Real Estate Roundtable welcomed the approval of the Tenant Star program. Six months later, it greeted the approval of the budget and the extension of the federal debt ceiling with relief. “A default of the government would have had tremendous negative implications for the economy,” DeBoer told CPE. 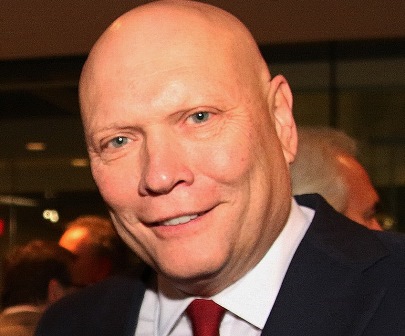 A provision buried in the bill called for changes to the way partnerships are audited, which he felt might scare off investors to real estate partnerships. The Roundtable worked closely with lawmakers to smooth out rough edges in the legislation that could have had a detrimental effect.

On another front, the terrorist attacks on Paris in November and on San Bernardino the next month provided sobering reminders of a dangerous new reality. The Roundtable continues to focus on physical security and cybersecurity issues with such initiatives as its Real Estate Information Sharing and Analysis Center.

The program’s mission is to maintain a strong communication network between the industry and federal law enforcement agencies to maintain safety and promote prudent security measures, he noted.

In the wake of several noteworthy 2015 successes, DeBoer’s expectations for significant progress on the industry’s main policy priorities in an election year are modest. “However, if tax reform does get some real momentum, we want to be prepared and factually participating in the discussion,” he noted.

Like BOMA, the International Council of Shopping Centers is working to advance the ADA Education and Reform Act of 2015. From 2013 to 2014, the number of lawsuits filed under Title III of the Americans with Disabilities Act rose by more than 63%, noted Betsy Laird, ICSC’s Senior Staff Vice President of Global Public Policy.

The retail real estate group is also watching for fallout from a recent decision by the National Labor Relations Board changing the 30-year old joint employer doctrine. In August, the NLRB ruled that one company can be found liable for another company’s unfair labor practices and breaches of collective bargaining agreements. “This ambiguous and widely-tailored decision to expand the definition of ‘joint employer’ has the potential to threaten many of the foundational contractual relationships on which the shopping center industry relies,” she noted. ICSC supports legislation to reinstate the previous definition.

Moreover, ICSC backs making the leasehold depreciation provision permanent and will engage on the possible carried interest tax increase, like-kind exchanges, and business interest deductions, Laird reported. Since 2011, ICSC has been leading the charge to pass e-fairness legislation regarding sales tax collection and online-only retailers. While the Senate passed a bill in 2013, the House has yet to take action.

NAIOP worked closely with the Environmental Protection Agency to clarify proposed land use regulations in the Waters of the U.S. Rule that were widely viewed as overreaching. 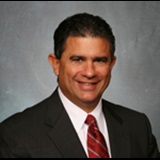 The fate of those regulations will likely be determined in a federal courtroom; for now, adoption of the rules is on hold by order of the U.S. Court of Appeals for the Sixth Circuit.

Also high on NAIOP’s list of concerns is comprehensive tax reform, notably treatment of 1031 exchanges and carried interest. “But we realistically understand the challenge of moving such legislation in an election year,” said President and CEO Thomas Bisacquino.

Next: Insights from the Institute of Real Estate Management, BOMA International, the American Hotel and Lodging Association and the Urban Land Institute.