In a first, the Northern California installations will replace power provided by several conventional gas-fired plants. 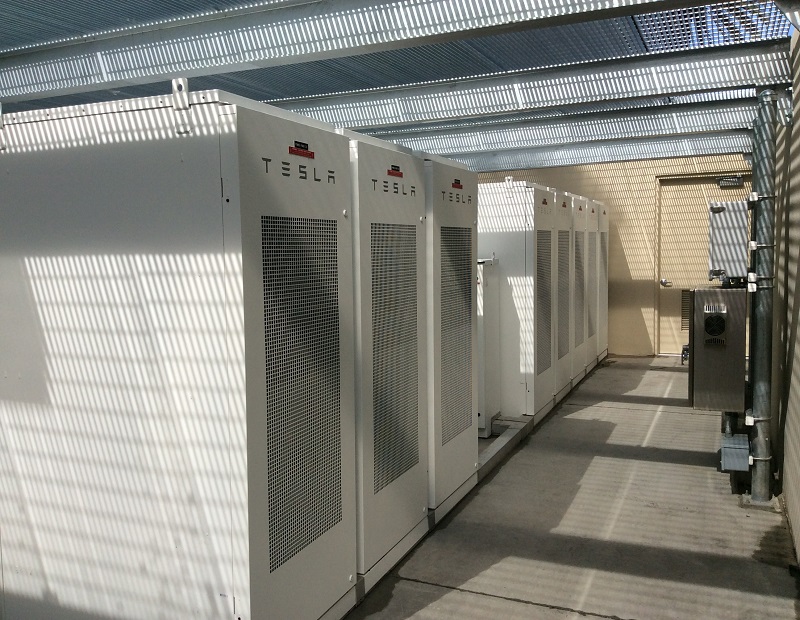 In a landmark for battery storage, a California utility is commissioning several of the world’s largest storage batteries to replace electricity provided by three aging Northern California power plants.

The California Public Utilities Commission signed off Nov. 7 on a proposal from Pacific Gas and Electric (PG&E), which supplies power and gas to about 16 million customers in Northern and Central California. PG&E has commissioned four storage projects with a combined capacity of 567.5 megawatts. Ranging in size from 10 megawatts to 300 megawatts, the lithium ion batteries will be an alternative energy source to three gas-fired power plants.

The storage projects will replace three aging plants owned by Calpine. Largest of the three is the 605-megawatt Metcalf Energy Center in San Jose. The gas-fired, combined-cycle plant was completed in 2005. Also being replaced are a pair of gas-fired peaker plants that generate additional capacity during hot summer days and other times of heavy demand.

Located in Yuba City, some 40 miles north of Sacramento, the Yuba City Energy Center and Feather River Energy Center both date from 2002. In approving the storage project, CPUC officials expressed concern about the continued reliability and cost-competitiveness of power provided by the Calpine plants.

PG&E has also commissioned a 75-megawatt storage system near the city of Morgan Hill, south of San Francisco in Santa Clara County. Dubbed the Hummingbird Energy Storage project, the facility will be provided by esVolta. The two Moss Landing projects and the Hummingbird storage will be connected to the transmission grid. All three are slated to come on line by the end of 2020.

The smallest of the four battery projects by capacity will be 10 megawatts provided by Micronoc Inc. That behind-the-meter supply will be connected to customers at various points in PG&E’s service area. Scheduled for completion in 2019, Micronoc’s project is also expected to be the first to come on line.