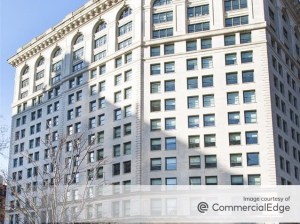 Boston Properties has paid $280.2 million to L&L Holding Co. for a 27 percent stake in 200 Fifth Ave., a 14-story, 870,000-square-foot office building in Manhattan’s Midtown South neighborhood. The firm also will serve as managing member and will oversee the leasing activity at the property. Institutional investors, advised by J.P. Morgan Global Alternatives, own the remainder 73 percent interest.

Announced in October, BXP’s investment consisted of $120.1 million in cash and the company’s pro-rata share of the outstanding $160.1 million mortgage. Due to mature in November 2028, the loan bears a 4.34 percent per-annum interest.

The LEED Gold-certified office building at 200 Fifth Ave. came online in 1909 and underwent a complete renovation in 2008, according to CommercialEdge data. Positioned at the corner of Fifth Avenue, Broadway and 23rd Street, the property offers layout flexibility due to a variety of floorplates averaging 60,000 square feet. A total of 75,000 square feet of retail space is also in place.

The high-rise was 93 percent leased at the time of the transaction. Tiffany & Co. is one of the major tenants, occupying a 283,000-square-foot area, while Eataly provides an array of retail spaces, restaurants, and outdoor cafés across 44,000 square feet of ground-floor space. The roster also includes Yelp, Grey Advertising, Johnston & Murphy, Lego and GreyHealth Group, among others.

Manhattan, a leader in office investment

Continuing to surpass both other Northeastern and gateway markets, Manhattan remains a national leader for office investor interest. According to a recent CommercialEdge report, the borough reached a total volume of $5.56 billion in office transactions year-to-date as of October. The same report reveals that Manhattan’s vacancy rate clocked in at 14.6 percent, rising by 3.5 percent year-over-year.

CommercialEdge data also shows that only two office properties larger than 25,000 square feet have changed hands in Manhattan in the fourth quarter of 2022 as of yet. In the most expensive—and also the most recent—deal, Empire Capital Holdings paid $325 million for 1330 Avenue of the Americas, a 40-story tower located in the borough’s Plaza District submarket.