The combined company will have ownership interests in some $90 billion worth of assets and an annual net operating income of more than $4 billion. 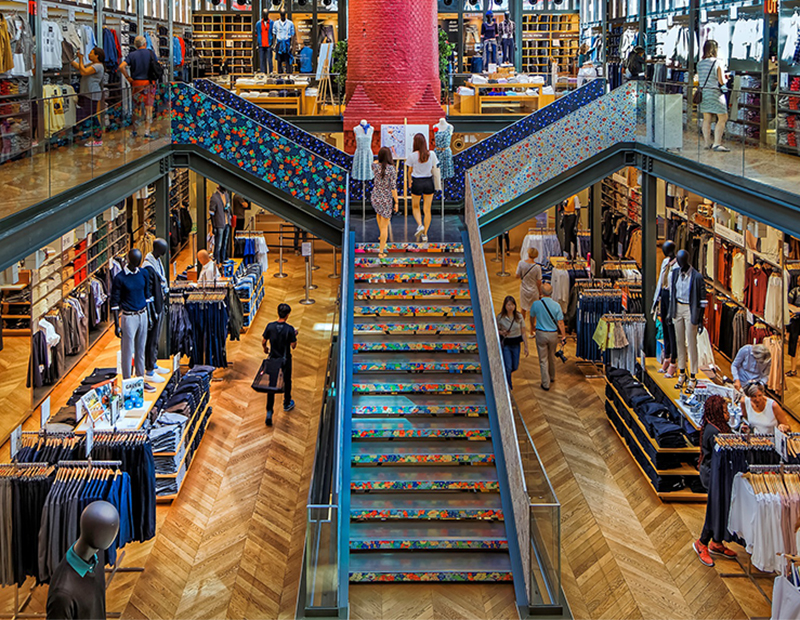 Four months after Brookfield Property Partners came courting GGP Inc. and was initially spurned, Chicago-based mall owner GGP has accepted Brookfield’s offer to acquire the remaining portion it didn’t already own in a deal valued at about $15 billion.

“It was just a matter of time, they already own so much of it,” Jeff Green, a retail consultant and president & CEO of Jeff Green Partners in Phoenix, told Commercial Property Executive.

Brookfield, one of the world’s largest commercial real estate companies and the real estate arm of Toronto-based Brookfield Asset Management, is seeking to acquire the remaining 66 percent stake in GGP, the second-largest mall owner in the United States. The announcement of a definitive agreement comes after Brookfield made an unsolicited bid in November for GGP.

When GGP rejected that offer, Green told CPE it was “just the first volley” and predicted Brookfield would have to sweeten the deal. This week, Green said he wasn’t surprised about the proposed acquisition.

“I’m not sure if in fact it’s really a better deal as much as (GGP) waited for some time to pass to see if someone stepped up,” Green said. With no other suitors, “there certainly is more urgency to figure out a solution and Brookfield is probably the only solution as they already own so much of it,” he added.

The deal, which still must be approved by GGP shareholders, calls for GGP shareholders to receive $23.5 a share in cash, or either one Brookfield unit or one share of a new U.S. REIT that will be formed for each GGP share owned. The offer is subject to proration based on aggregate cash payment of roughly $9.3 billion, up from $7.4 billion in the November offer that also suggested shares paid at $23.0 per share.

“This is a compelling transaction that enables GGP shareholders to receive premium value for their shares and gives them the ability to participate in the long-term upside of their investment,” Brian Kingston, Brookfield Property Partners CEO, said in a prepared statement. “We are pleased to have reached an agreement and are excited about combining Brookfield’s access to large-scale capital and deep operating expertise across multiple real estate sectors with GGP’s portfolio of irreplaceable retail assets.”

The combined company would have an ownership interest in approximately $90 billion in total assets and an annual net operating income of more than $4 billion, making it one of the world’s largest commercial real estate enterprises. If approved by GGP shareholders, the deal is expected to close early in the third quarter.

GGP’s Special Committee, formed in November after receiving Brookfield’s initial proposal, reviewed the new offer along with input from its independent advisors and unanimously recommended shareholders approve the transaction.

Daniel Hurwitz, lead director & chairman of the special committee, said the special committee, “determined that Brookfield’s improved proposal, which includes an increase in the cash portion of the consideration and the ability to receive shares in a newly listed REIT entity, provides GGP shareholders with a certainty of value, as well as upside potential through ownership in a globally diversified real estate company.”

Weil, Gotshal & Manges LLP, Goodwin Procter LLP and Torys LLP are serving as legal counsel to Brookfield and PwC is serving as the company’s tax advisor.

The Brookfield-GGP deal comes at a time of increased consolidation among shopping center and mall owners. In December, Unibail-Rodamco SE, Europe’s largest listed commercial property group, said it was buying Australia’s Westfield Corp. for nearly $16 billion to create a global shopping center owner with a gross market value of $72.2 billion and 104 assets across 27 of the world’s top markets. Westfield has interests in 35 shopping centers in London and the U.S. That deal is expected to close in the second quarter.