The speculative buildings will bring 1.7 million square feet of industrial space to the Lehigh Valley region. 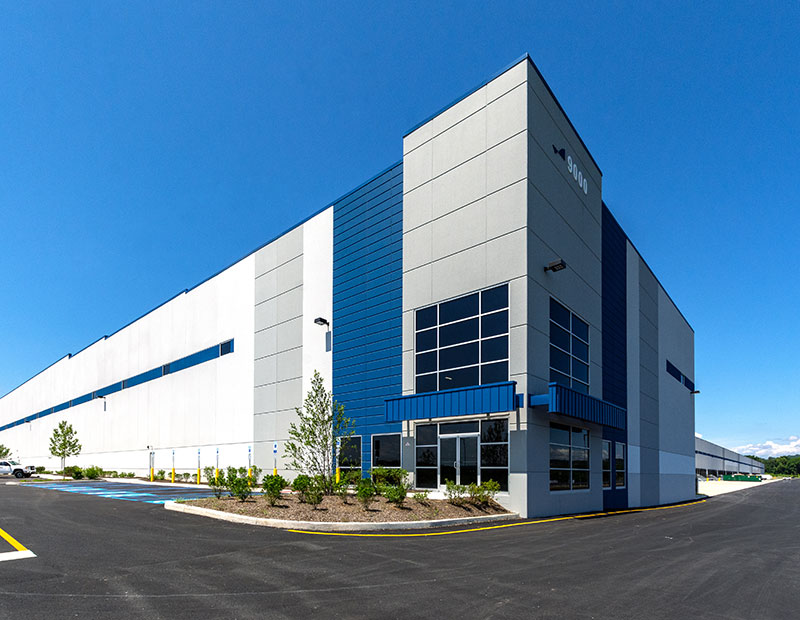 Bridge Development Partners plans to go vertical this summer on the second phase of a massive industrial campus in western New Jersey, less than a year after selling off the Uniqlo-anchored first phase of the nearly 4 million-square-foot project.

Full delivery of Bridge Point 78 Phase II, which will total some 1.7 million square feet in Phillipsburg, is slated for the first quarter of 2022. Work on the 100-acre site began last December, after Bridge sold the project’s 2.2 million-square-foot first phase to PGIM Real Estate for $275 million in October.

READ ALSO: An Industrial Developer’s Insights on the Pandemic’s Impact

The speculative development will comprise two Class A buildings measuring more than 1.4 million square feet and 262,500 square feet. The properties will feature 36- to 40-foot clear heights, along with single and cross-docked loading configurations and parking for trucks and cars.

Located at 1000 Rand Blvd., on the site of a former Ingersoll Rand plant, the campus is nearby Route 22 and Interstate 78 and enjoys toll-free access to the Port of Newark. The project is designed for a wide range of industrial users, ranging from e-commerce to logistics and fulfillment firms. Upon completion, the development will include six buildings totaling 3.9 million square feet.

Jeff Milanaik, Northeast region partner, said in a statement that Bridge aims to transform the area—a rural region of New Jersey bordering Pennsylvania—into one of the country’s most active logistics hubs. According to figures provided by the Bridge team, net absorption in the Eastern/Central Pennsylvania markets totaled a market record of 22.3 million square feet in 2020, outpacing new deliveries and topping the previous record set in 2019 by more than 6 million square feet.

While active construction has been growing by about 15 percent year-over-year since 2019, net absorption exceeded the total square footage under construction last year, with roughly 50 percent of the upcoming space already preleased. Bridge estimates that there are 40 million square feet of tenant requirements heading into 2021, which is expected to drive substantial rent growth in the submarket.

“All indicators of the submarket are signs of expansion, and continued growth is anticipated over the next 12 to 24 months, as supply and demand fundamentals remain in check,” a Bridge representative noted to Commercial Property Executive.

New Jersey’s industrial market thrived in 2020, with annual net absorption reaching a new record of 11.8 million square feet, according to a fourth-quarter market report by CBRE. Occupancy grew for the 16th consecutive quarter and the availability rate dipped to 5.7 percent at year-end, down 30 basis points from the rate in the fourth quarter of 2019.

Chicago-based Bridge has acquired and developed more than 48 million square feet of industrial projects valued at more than $8.4 billion over two decades. Among other markets, the company is active in northeastern New Jersey, with a 358,586-square-foot, Class A industrial facility under construction in Belleville, and another industrial project underway, with partner Link Logistics in Lyndhurst.