By Jeff Hamann
May 7, 2021
NewsBrokerageDealsFeaturedMid-AtlanticOfficeWashington D.C.

Boston Consulting Group will occupy the newly renovated Class A office space under a 12-year agreement. 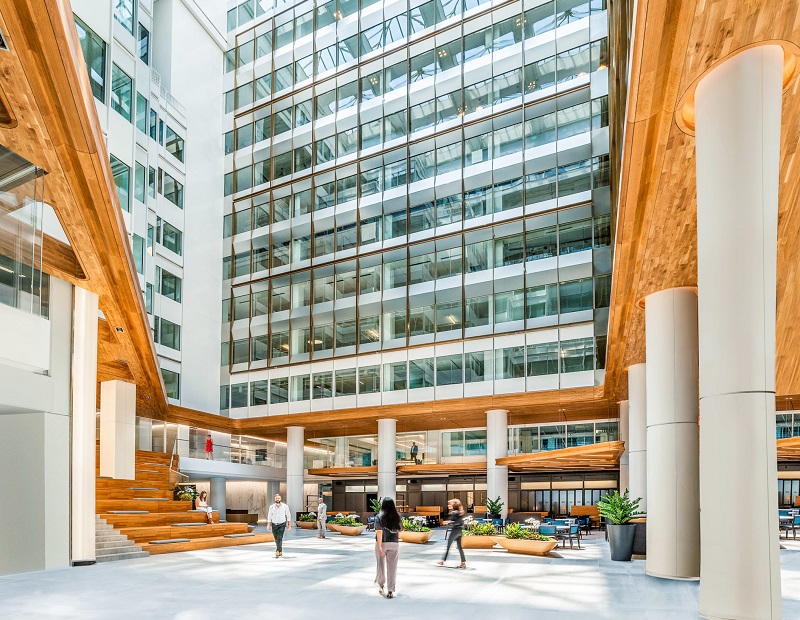 Boston Properties has signed a 98,000-square-foot office tenant at its recently renovated Metropolitan Square in Washington, D.C. Boston Consulting Group will operate its D.C. regional offices out of the building, moving from Spitzer Enterprises’ One Bethesda Center in Bethesda, Md.

Mark Richardson and Malcolm Marshall of Cushman & Wakefield represented the tenant in the transaction, with Newmark’s Ed Clark, Brendan Owen, Kate Kaltenborn and Max Planning acting on behalf of the landlord.

The 589,529-square-foot Metropolitan Square is located at 655 15th St. NW in Washington’s East End submarket. The property is across the street from the Treasury Department, due east of the White House and two blocks from the Metro Center and McPherson Square metro stations.

The 12-story building, completed in 1982, was completely renovated in 2020 under a $60 million capital improvement plan. The building is LEED Gold certified and offers 64,000-square-foot floorplates, as well as a range of amenities, including a conference facility, a fitness center, electric vehicle charging stations and 23,300 square feet of retail space. New additions to the asset include a 15,000-square-foot amenity area and an atrium lounge.

The deal marks only the latest in a series of leases involving Boston Properties’ national portfolio. In late April, the company signed a 10-year agreement with Roku for 72,000 square feet at its Class A Colorado Center office park in Santa Monica, Calif.