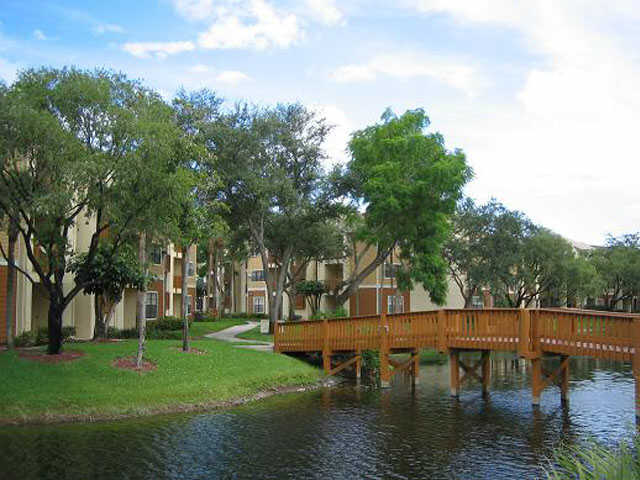 Parrot’s Landing was developed in two segments, with the first phase yielding 17 three-story structures encompassing 408 units in 1987, and the second phase adding seven three-story buildings featuring 152 units in 1997. The property sits on a wooded site with lakefront views, and had an $8.4 million multi-year renovation program completed in early 2010, which upgraded the interiors and exteriors of most of the property’s Phase I apartments.

“Parrot’s Landing is an excellent example of our investment strategy at work, from acquisition to disposition,” Michael O’Hanlon, Behringer Harvard Opportunity REIT II, Inc.’s chief executive officer said. “We acquired it at a compelling basis and have been pleased with its performance in terms of sustained occupancy and net operating income, which exceeded expectations.”

Parrot’s Landing is surrounded by a wealth of retail, office and industrial space within the expanding Fort Lauderdale market.

“In addition to these property-level performance factors (listed above), heightened investor interest in the multi-family property sector has been compressing cap rates,” O’Hanlon said. “These conditions combined to make this an opportune time for us to market Parrot’s Landing and capture an attractive return on our investment.”

The Boca Raton office of ARA brokered the sale of Parrot’s Landing, which was managed by a team including Avery Klann, Marc deBaptiste, and Hampton Beebe.

Per company policy, the sales price was not disclosed.