Boston’s 121 Seaport: Behind the Signature Design

The high-rise has an elliptical silhouette, shaped by the need to avoid building over the transit tunnel and to reduce wind drag. Phil Casey, principal at CBT Architects, shares details of the design process, along with some current office trends. 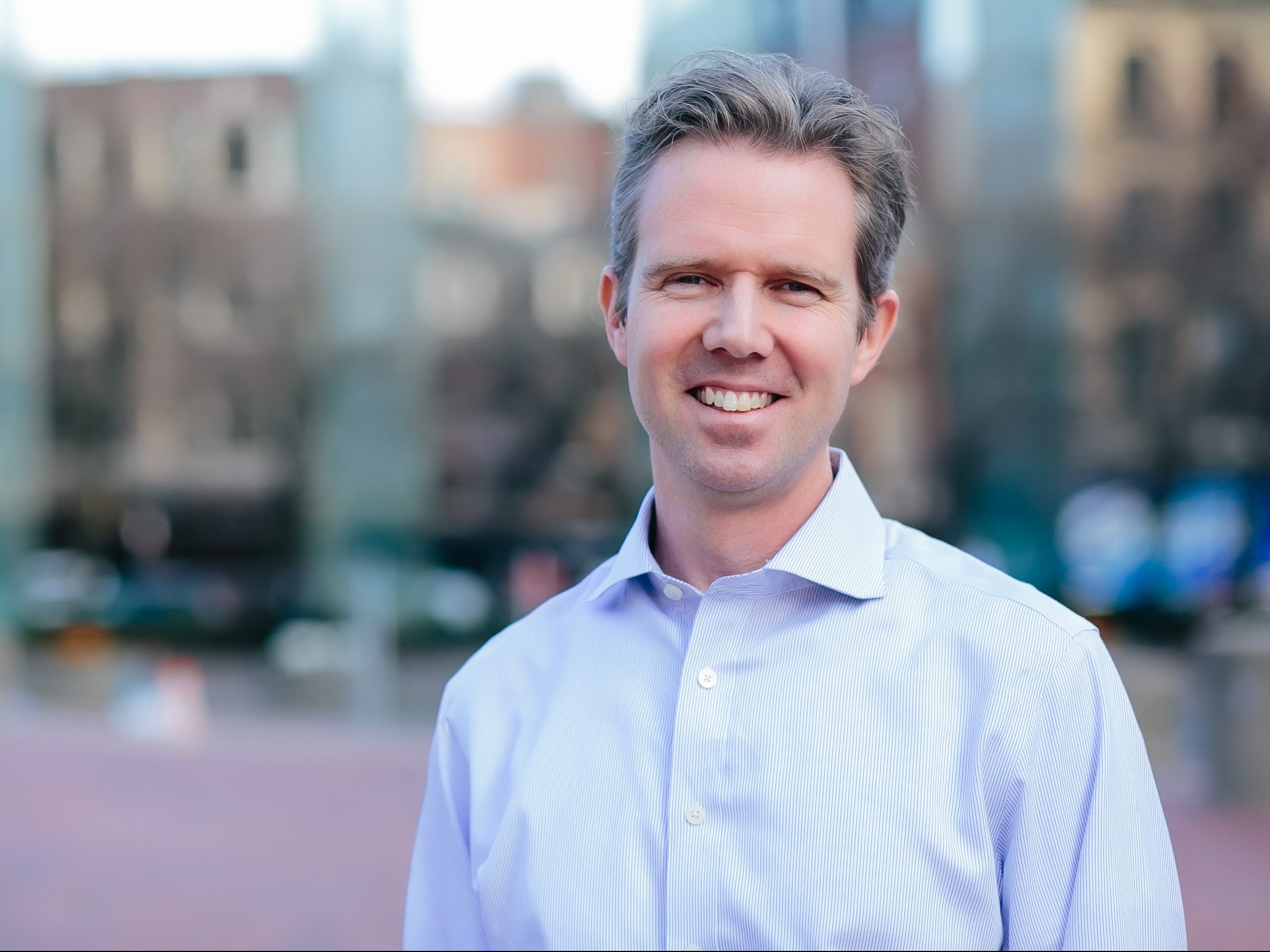 Boston’s Seaport District has been going through a much-needed makeover during the past 10 years, with the abandoned industrial sites and parking lots being sequentially converted into a modern living, working and entertainment environment. The energy-efficient 121 Seaport building is one of the latest additions to the dynamic neighborhood. CBT Architects designed the 480,000-square-foot, 17-story Skanska-developed tower.

The building’s elliptical shape gives not only a visually distinctive experience, but directly influences its use of energy. The tower’s contour passively minimizes heat gain, reduces wind drag and optimizes natural light penetration, providing a healthier workplace. One of the main challenges influencing the architectural outcome was the site’s proximity to the MBTA tunnel. CBT Architects Principal Phil Casey discussed with Commercial Property Executive about the design process that led to the particular rounded structure, contrasting the surrounding rectangular, boxy buildings.

How does 121 Seaport fit in the Seaport District’s changing urban structure?

Casey: Over the past decade, Boston’s Seaport District has undergone tremendous change and as a result of rigorous master planning, its urban fabric of streets and blocks is finally coming to life.

In particular, the master plan focused on creating walkable streets and blocks to improve the urban pedestrian experience and provide accessibility to Boston Harbor. As the urban grid continued to evolve and buildings began to rise, a pattern of boxy buildings took shape—a result of zoning envelopes, maximizing FAR’s and the Federal Aviation Administration’s (FAA) restrictions on height.

The beauty of 121 Seaport is that its elliptical shape doesn’t fit in with the other buildings of the neighborhood and that it has quite literally become a symbol of “out-of-the-box thinking” in the heart of Boston’s Seaport District.

Which were the most distinctive elements of the site and how did they influence the architecture of the building?

Casey: Our design concept evolved out of necessity, where a series of massing moves were born out of the need to avoid building over the Silver Line tunnel box. This meant that we had to shift the taller tower massing off the corner of the site due to foundation loading limitations above the MBTA tunnel. We wanted to displace the building mass while still achieving the same amount of building square footage, opting to reorient and sculpt the tower shape, as opposed to implementing a conventional rectangular structure.

The result is a unique elliptical shape building that challenges the zoning envelope, affords reduced shadows on the public realm and creates an iconic identity for 121 Seaport.

The project is aiming for the rigorous LEED Platinum certification. Tell us more about the sustainable strategy behind this project.

Casey: Sustainability is truly inherent within 121 Seaport’s design—the beneficial environmental orientation of the tower serves as the primary basis of its sustainable design.

The building’s orientation also aligns with the direction of the yearly prevailing winds and its elliptical form reduces wind drag on the building, thereby allowing us to reduce the lateral steel reinforcing in the building by 30 percent—providing both a sustainability and cost benefit for the project.

We’re excited about the other strategies we implemented. For example, the building can harvest rainwater through collecting roof-top raindrops in a cistern in the underground parking garage and reuse the water for greywater purposes in the building lavatories.

How does 121 Seaport integrate into the “building healthy workplaces” trend?

Casey: The average American spends up to 90 percent of his or her time indoors, with much of that time spent at work in an office environment that may not meet his or her wellness needs. With 121 Seaport, one of our goals was to work against this statistic by optimizing access to natural light to improve the quality of the indoor environment. Since the tower does not take up the entire area of the site, the structure is not crowded by its neighbors, allowing more light to penetrate deeper into its floorplate and providing tenants with abundant sunlight that is missing from many office buildings.

Additionally, the building’s proximity to Seaport Square encourages employees to interact with the outdoor neighborhood and take advantage of the Seaport’s community amenities.

The ability to enjoy abundant sunlight while inside, as well as common green spaces outside gives the tenants of 121 Seaport the opportunity to live a healthier life every workday.

Casey: The biggest trend we’re seeing is the incorporation of amenities that blur the lines between living, working and playing. Urban residents don’t compartmentalize their experiences anymore and instead require a cross-over between experiences that make their lives easier, more comfortable and more convenient. Whether that means bringing retail components into office buildings—like coffee shops and breweries—introducing lounge-style work environments into office floorplans or introducing nutritional programs into employee spaces, developers and landlords have the ability to create workplaces that are productive, healthy and convenient for all employees.

Another emerging trend designers and developers are gravitating toward is the idea of building automation, or incorporating technology into every aspect of the building’s design so that, once operational, the building system can sense your presence and facilitate an easy and efficient user experience within the space. As technology like this advances, it can go one step further, fitting out buildings with technology that can predict maintenance needs in advance, before any problems arise. We’re interested in seeing how this integration of technology will continue to innovate the design industry.