Knighthead Funding originated the loan for the refinancing of Kimpton Overland Hotel. Adjacent to Hartsfield-Jackson International Airport, the asset opened in 2017. 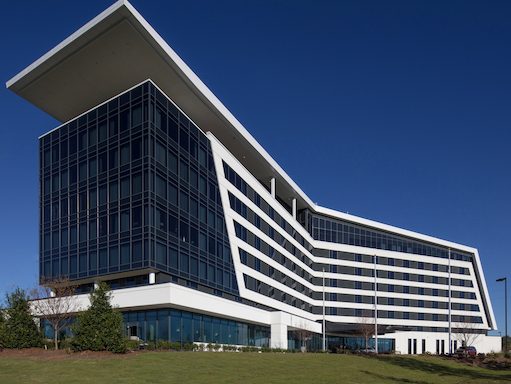 The Kimpton Overland Hotel in Atlanta was the subject of a $36 million, three-year refinancing measure from Knighthead Funding. According to Fulton county recorder, the loan was provided to the U.S. subsidiary of ACRON, a Swiss real estate investment company. The proceeds from the short-term first mortgage debt measure were used to take out the $30 million existing construction financing on the property, provided by Bank of Ozarks in 2015.

The property is located at 2 Porsche Drive, adjacent to Hartsfield-Jackson International Airport, which is undergoing a $6 billion expansion and modernization. The hotel offers a view of the 1.6-mile test track and road course that is part of Porsche’s North American Headquarters. The first major development to be delivered in the 122-acre Aerotropolis Atlanta mixed-use master planned community, the HQ is a 27-acre facility that includes a modern business center with 13,000 square feet of meeting space, restoration facility, classic car gallery and human performance center.

“In addition to helping replace the 1,000 hotel rooms that will be lost over the next five years as a result of the airport’s expansion, the supportive nature of the development in the immediate area will contribute to the overall success of the stabilization of the asset,” said Brian Sullivan, Knighthead Funding East Coast originator, in prepared remarks.

Opened in 2017, the asset is the second Kimpton hotel to operate in Georgia. The 214-key hotel features amenities including 9,500 square feet of meeting place, an indoor pool, rooftop and lobby lounges, and a fitness center.

Doubletree by Hilton in Atlanta, another hotel located in the Hartsfield-Jackson Airport’s vicinity, sold for more than $23 million last October.