Are Your Contracts Set Up for Electronic Signatures?

By Manuel Fishman, Real Estate Attorney, Buchalter Nemer. Manuel says it's time the CRE industry got on the electronic bandwagon with signatures. 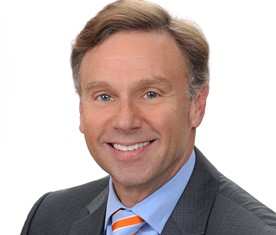 There are statutes authorizing the use of electronic signatures in almost all states in the U.S., as well as by the federal government (see the applicable Uniform Electronic Transactions Act adopted in your State as well as the Federal Electronic Signatures in Global and National Commerce Act (ESIGN)).   Both UETA and ESIGN are technology-neutral statutes that operate as an “overlay” over existing laws (meaning that the statutes amend thousands of state and federal laws that require signatures).  However, most importantly, neither statute changes the substance of laws governing what is required to form a contract.

But, it is important to remember that the definition of “signature” for purposes of electronic signature legislation contains two elements.  It is an “electronic sound, symbol or process that is attached to or logically associated with an electronic record” and it must be adopted by the person using it “with the intent to sign the electronic record.”

The conclusion of the court was that “a typed name at the end of an email is not, by itself, a signature under case law.”  A typed name can be sufficient under certain circumstances as a signature, but the basic laws of contract formation require that the person who places his signature on a document do so “with the intention of authenticating the writing” – meaning intending to be bound by his signature to the contact.   In this case, the appellate court concluded that the evidence did not show that the general partner printed his name at the end of his email with any intent to formalize an electronic transaction.  Therefore, the general partner never signed the settlement agreement under the California UETA and the investors’ motion to enforce the settlement agreement – enforced by the trial court, was thrown out by the appellate court.  Just as disappointing, since the settlement agreement was thrown out, the investors were not a prevailing party and had to bear their own legal fees.

The lesson from this case, as emphasized by the court: when intending to have an exchange of emails serve as a binding electronic record that can be signed, add a signature block, and add a sentence to the contract that the agreement can be signed through the use of “commercially available electronic software which results in confirmed signatures delivered electronically to each of the parties.”

Which brings us back to the beginning – while it is important to incorporate the use of electronic signatures into our leases and other contracts, make sure that you do it in a comprehensive manner, with policies and procedures.  There are numerous tech companies that can set up processes and security steps to confirm the authenticity and intent of a signature.  The proper incorporation of these processes will ensure that an e-signature will be legally binding and will not fail to comply with your State’s UETA and the Federal ESIGN legislation.