The purchase adds 46 facilities to the REIT’s global footprint of temperature-controlled warehouses. 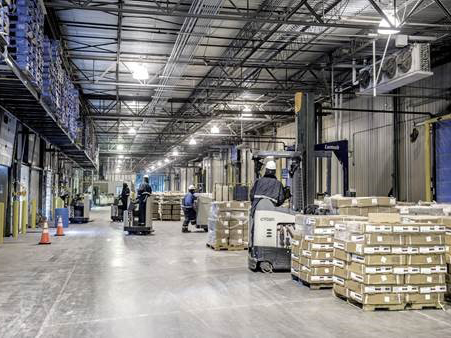 Atlanta-based Americold’s portfolio now consists of 239 facilities totaling 1.41 billion cubic feet spanning four continents. Agro was the fourth-largest temperature-controlled warehouse company in the world, the third-largest in Europe and the fourth-largest in the U.S. The transaction included 17 facilities in the U.S. totaling 115 million cubic feet in eight states, as well as 26 facilities in Europe totaling 111 million cubic feet that are located in the U.K., Netherlands, Portugal, Ireland, Austria, Spain and Poland. Two facilities in Brisbane, Australia, a majority interest in a Chilean property and minority stake in a Brazilian joint venture were part of the acquisition. The deal also called for Americold to acquire Agro’s in place call option to purchase the unowned interests in Chile and Brazil.

Concurrently with the close of the Agro acquisition, Americold issued 14.2 million of its common shares to funds managed by Oaktree and Agro. The shares are subject to a lockup period until May 17. The shares were part of the agreement that also called for repayment of approximately $560 million in Agro debt and assumption of approximately $110 million of in-place Agro capital leases and sale-leaseback financing obligations.

Americold also closed on its institutional private placement of 750 million euros ($920 million) of senior unsecured notes. The private placement consisted of two tranches that are due in 10 and 12 years and carry interest rates of 1.62 percent and 1.65 percent, respectively.

Agro wasn’t the only Americold acquisition occurring during the fourth quarter. In early November, Americold acquired Hall’s Warehouse Corp., a third-party logistics company based in South Plainfield, N.J., for $480 million. The portfolio had eight facilities in Northern New Jersey with 1.6 million square feet of industrial space, including 545,000 square feet of cooler and freezer components. Hall had owned five of the properties and leased the remaining three.

Americold, which purchased Nova Cold Logistics, a Canadian temperature-controlled warehouse operator, in November 2019, also recently announced an $11 million expansion of one of those assets in Calgary. Construction is expected to be completed later this year.