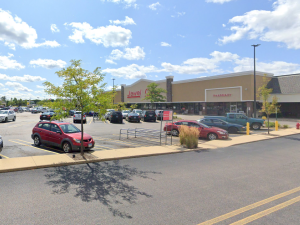 AmCap, in a joint venture with Encore Enterprises, has acquired Liberty Square, a 107,431-square-foot, grocery-anchored retail center in the Wauconda suburb of Chicago.

According to Lake County public records, the buyer paid $18.7 million for the property, financing the purchase with an $11.5 million loan from American United Life Insurance Co., due to mature in 2028. The seller was Broad Reach Retail Partners, which had acquired the asset in 2018 for $14.1 million, CommercialEdge data shows.

The shopping center is located at 547 W. Liberty St., at the intersection of U.S. 12 Highway and Illinois 176 Route. Downtown Chicago is some 45 miles southeast.

The retail sector thrives in Chicago

According to a Lee & Associates retail market report, Chicago’s vacancy rate continued to decrease during the second quarter of this year to 5.8 percent, marking a 30-basis-point improvement year-over-year, while 321,976 square feet of space were added to inventory. Another market report from JLL revealed approximately 4,432 store openings compared with only 1,954 closings during the same period of time.

Acknowledging the market’s potential, AmCap President & CIO Jake Bisenius stated in prepared remarks that economic and demographic trends are getting stronger in the Chicago submarkets and supporting retail sales growth. Earlier this year, Continental Realty Corp. has bought a five-property shopping center portfolio in the Chicago metro area for $93.6 million.