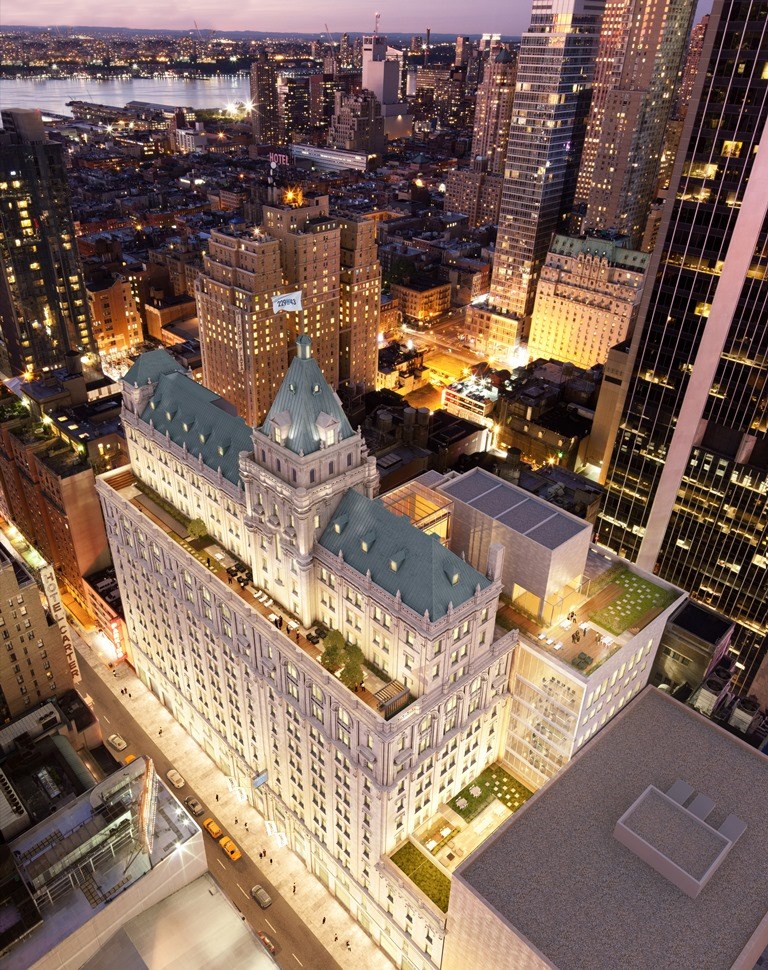 Four years after selling the commercial portion of Manhattan’s 767,000-square-foot Times Square Building to Blackstone, Africa Israel USA and partner Five Mile Capital Partners have completed the disposition of the tower’s 250,000-square-foot retail condominium. The partners sold the Class A space to Kushner Cos. for $296 million.

The Times Square Building, formerly known as the New York Times Building during its near-century of service as the headquarters of the New York Times until 2007, carries the address of 229 W. 43rd St. in, yes, Times Square. The 16-story tower’s retail condo is home to the likes of Discovery Times Square and Guitar Center, and consists of the first three floors, part of the fourth floor, as well as cellars and sub-cellars thanks to AFI USA, which expanded the retail space.

“We are proud to have transformed this immensely historic building by doubling the retail space and giving it new life in the already lively Times Square district,” Chagit Sofiev-Leviev, CEO of AFI USA, said in a prepared statement. “The change undergone here is amazing and we know that Kushner Companies has the vision to continue the success at this asset.”

Commercial real estate services firm CBRE represented Kushner in the transaction, while AFI USA left its representation and marketing to Cushman & Wakefield, which undoubtedly fielded more than a few offers. It’s a hot time in the retail condo market. “Typically the highest priced per square-foot space within a building, a growing desirability is driving retail condo values higher, but despite climbing prices, some industry sources remark that they have become great investments for buyers,” according to a mid-fourth quarter report by ABS Partners Real Estate.

Names on the deed to the landmark Times Square Building have changed more than a few times over the last decade. In 2004, the New York Times Co. sold the asset to Tishman Speyer Properties, which sold it to AFI USA and Five Mile for $530 million in 2007. In 2011, AFI USA and partner sold the commercial office segment of the building for the recession price of $160 million to Blackstone which, during the summer of this year, agreed to sell the building to Columbia Property Trust. And now Kushner has joined the group.