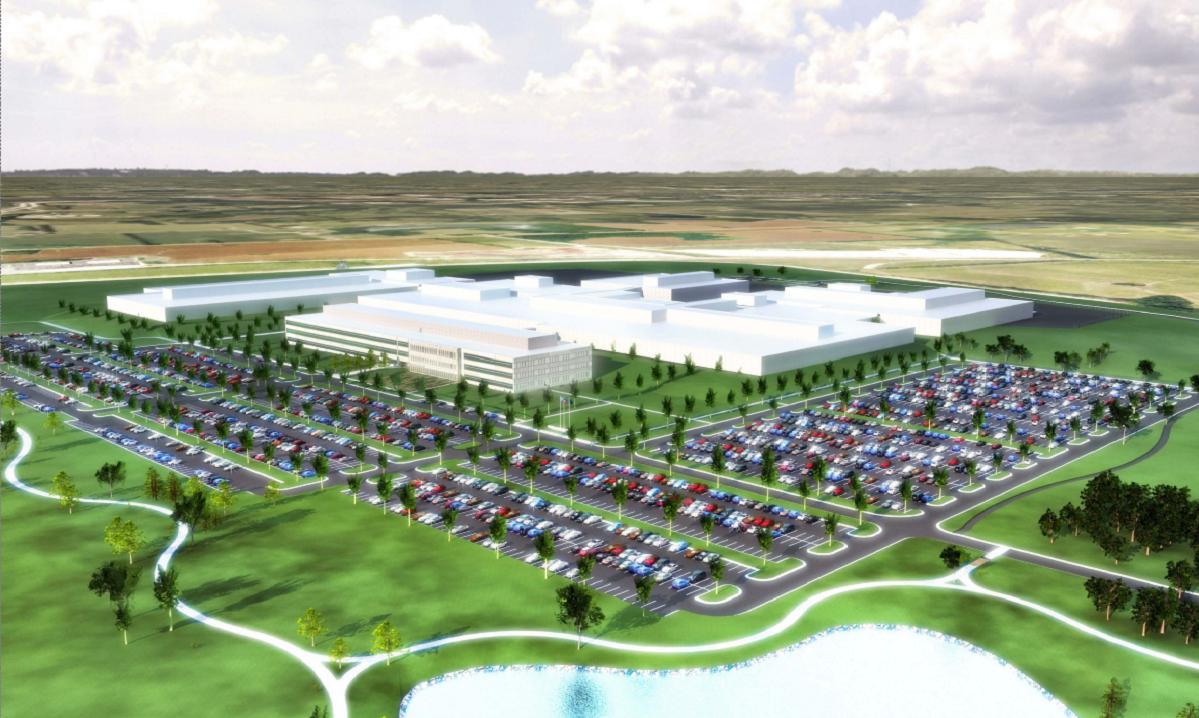 NNSA’s new home will replace the agency’s current digs at the Cold War-era Bannister Federal Complex. “The complex is out of date,” Charlie Cook, GSA Regional Public Affairs spokesperson, told CPE. “It was built in 1942 as an aircraft facility and NNSA has been spending a lot of money to maintain and operate it. NNSA did studies and found that if they moved to a new facility, they could save over $100 million with the reduction in operating costs.”

The agency’s new campus will sit in a farm field owned by the Planned Industrial Expansion Authority of Kansas City and located at the intersection of Missouri Highway 150 and Botts Road. Five state-of-the-art structures will house office, laboratory, manufacturing and warehouse space. The facility will be approximately half the size of NNSA’s 3.2 million-square-foot accommodations at the 5.2 million-square-foot Bannister Complex, but it will be perfectly tailored to the agency’s needs. “The new space is much smaller but NNSA doesn’t need the amount of space it has now because the new facility will be much more flexible, it will have a much more efficient design,” Cook said. “And it will be more sustainable.”

The Kansas City office of HNTB Architects is behind the design of the complex, which will meet qualifications for LEED Gold certification. Development of NNSA’s new locale is one of the largest public-private projects in GSA’s history, and is currently one of the largest commercial real estate developments under construction in the U.S.

Final approval to secure a developer and go forward with the build-to-suit project came from Congress in 2008, just in time for the freezing of the credit market. “We did experience a big bust where we had to cancel the project, but NNSA advised us to try it one more time and in March, we selected CenterPoint Zimmer,” Cook said. “Then there was another year of negotiations and establishing their ability to get financing for the project.” And, with CGA’s closing of financing, GSA’s assessment of CenterPoint’s ability to get the necessary funds was right on target.

CGA took on a multifaceted role in the orchestration of financing for CenterPoint’s NNSA build-to-suit development. The net lease financing firm acted as exclusive financial adviser and structuring agent for the public-private endeavor, as well as sole arranger of the private placement of bonds through a venture with a privately held securities firm. CGA was able to complete financing for the project upon the finalization of the 20-year lease agreement between CenterPoint and GSA. As per the agreement, GSA will pay CenterPoint approximately $61.6 million a year, or an aggregate $1.2 billion over the life of the lease, for NNSA’s occupancy in the facility.

CenterPoint expects to break ground on the NNSA complex in August to accommodate the first phase of the agency’s relocation of 2,500 employees in 2012. NNSA is scheduled to complete the move to the new site in 2014.