The 700,000-square-foot mixed-use development is planned to contain apartments, Class A office space, a hotel and street retail and is expected to open in 2020. 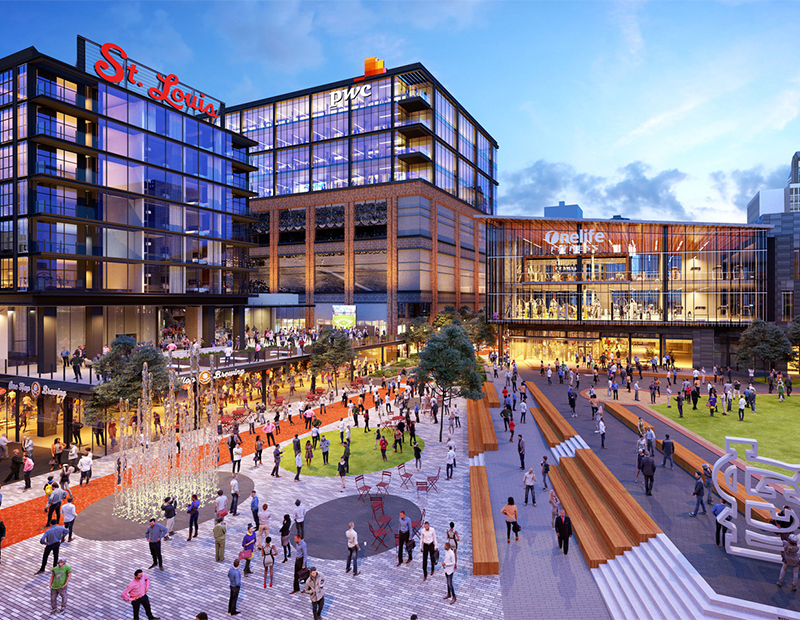 The St. Louis Cardinals and The Cordish Companies have broken ground on the second phase of their Ballpark Village development. The 700,000-square-foot mixed-use project will cost an estimated $260 million and is scheduled to be finished by 2020.

Situated between S. 8th St. and S. Broadway, across the street from Busch Stadium in downtown St. Louis, the second phase will include four new buildings located next to the completed first phase. The second phase of the development will feature apartments, office space, a new hotel and street-level retail.

St. Louis’ first new downtown office building in almost thirty years is set to rise to the west of the development site, near the intersection of 8th and Walnut Streets. The 10-story, 120,000-square-foot structure will be anchored by PwC. The office will include retail on the first floor, along with approximately 500 structured parking spaces for office tenants. A 216-key upscale hotel operated by Loews Hotels is to be built adjacent to the office development, with an estimated opening date in 2019. A three-story retail pavilion is meant to link both new and existing buildings together, anchored by a 31,000-square-foot Onelife Fitness health club.

“This is a tremendous project that will bring hundreds of new residents and over a thousand new jobs to our city,” said St. Louis Mayor Lyda Krewson in prepared remarks. “I am excited to see a world-class hometown company like the Cardinals and their development partners, The Cordish Companies, expanding their investment in St. Louis and bringing the first new, Class A office building downtown in nearly three decades.”

There has been an historic increase in demand both for office space and high-quality urban apartments in the city, according to a recent Yardi Matrix report. 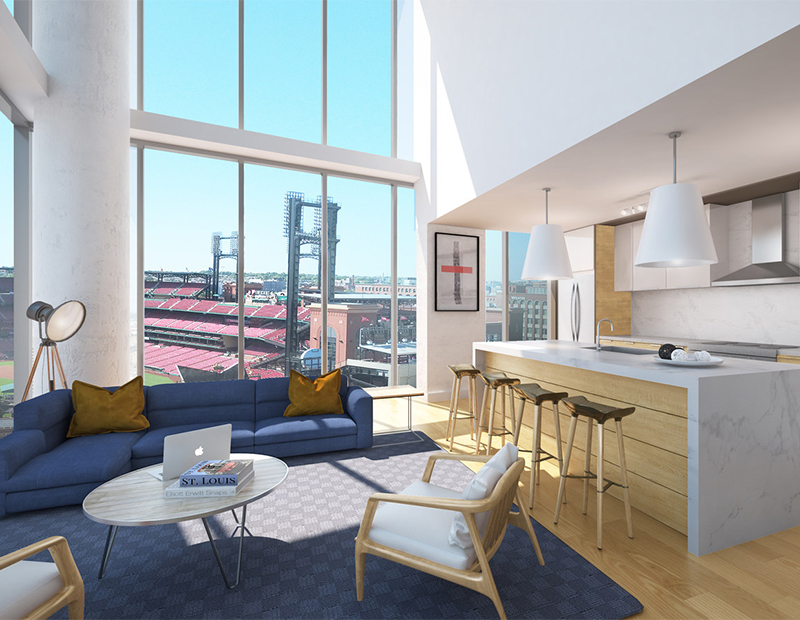 On the east side of the first phase, the developers plan to erect a 29-story luxury residential building known as One Cardinal Way. The apartment community will include a mix of studio, one- and two-bedroom and penthouse apartments with parking located inside the building. Approximately 10,000 square feet of retail space will be located on the ground floor. Community amenities include on-site dry cleaning, a building sommelier, full concierge services and a fitness center with an infinity-edge pool.

“This second phase is more than seven times the scale of the first phase of Ballpark Village, bringing our total investment in new construction downtown to well over $750 million since 2005,” said Bill DeWitt III, president of the St. Louis Cardinals, in a prepared release.