The $2 billion Miami Worldcenter, one of the largest private real estate developments underway in the U.S., has just moved one significant step closer to realization. 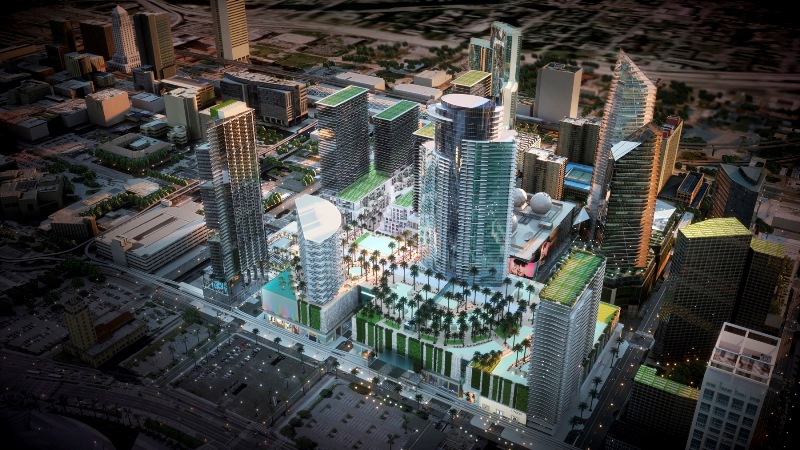 The $2 billion Miami Worldcenter is one of the largest private real estate developments underway in the U.S. and it is the largest ever private development in downtown Miami–and it just moved one significant step closer to realization. Developer Miami Worldcenter Associates, a partnership consisting of The Falcone Group and Marc Roberts Cos.–recently obtained the Miami City Commission’s approval of the zoning package and master development agreement for the 27-acre mixed-use project.

Worldcenter is a big project with a big purpose. Simply put, Nitin Motwani, managing principal for Miami Worldcenter Associates, told Commercial Property Executive, “We believe this will be a transformative project for the City of Miami.”

The Commission voted unanimously to green light Special District Zoning, thereby paving the way for Miami Worldcenter Associates to execute state-of-the-art planning principles. And the approval of the development agreement solidifies the developer’s commitment to incorporating open public space at the gargantuan project, which has been designed by master planner Elkus Manfredi Architects to transform an underutilized pocket of downtown into a world-class city-within-a-city.

“Our vision will convert one of downtown’s most underserved neighborhoods from 10 blocks of urban blight into a thriving retail, residential and commercial destination,” Motwani added.

Phase One will also yield a pedestrian-only promenade with 90,000 square feet of premier retail offerings; a 1,800-room Marriott Marquis Hotel with a 600,000-square-foot expo center to be developed by MDM Group; and 1,000 residential units ranging from luxury condominiums to market-rate apartments.

In addition to serving as the new face of downtown, Worldcenter will be an economic boon to the area, creating roughly 35,000 direct and indirect jobs and yielding in excess of $1 billion in economic impact, to say nothing of the troves of tourists and new investment the project is expected to attract.

The mega-development will also act as a connector in the City. “We view Miami Worldcenter as the missing link in Miami’s urban landscape, connecting all corners of downtown, creating pedestrian access where it doesn’t currently exist, and linking several transit systems.” said Motwani.

With the City Commission’s go-ahead in place, Miami World Associates is poised to commence construction of Worldcenter late this year or in early 2015.