Related and Oxford's $20 billion development is now fully committed with Intersection and Sidewalk Labs' purchase of the last big block of space at the skyscraper for its corporate headquarters. 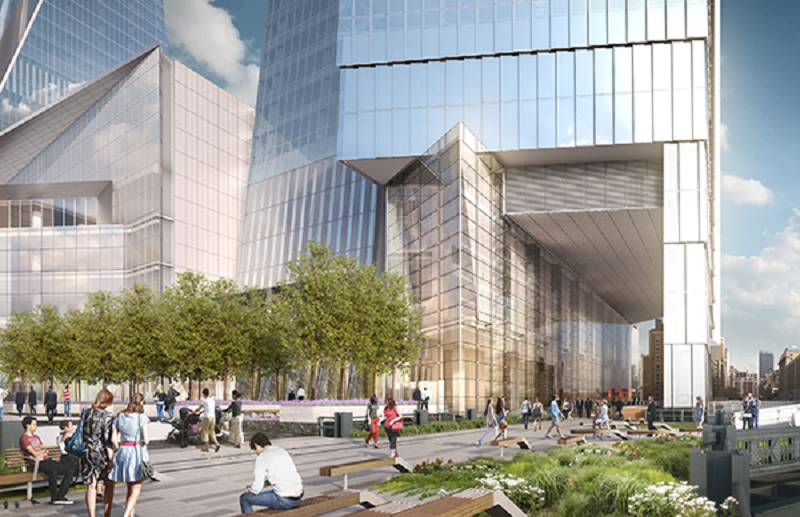 The first office tower in the $20 billion Hudson Yards development on Manhattan’s Far West Side will open in the spring with a full roster of tenants, now that Intersection and Sidewalk Labs have taken the last big block of space in the 52-story skyscraper for their corporate headquarters.

Intersection, formed in 2015 from a merger of Control Group and Titan, and its lead investor, Sidewalk Labs, leased more than 67,000 square feet on the 26th and 27th floors of the 1.8 million-square-foot tower at 30th Street and 10th  Avenue. They join Coach Inc., L’Oreal USA, SAP, Boston Consulting Group and VaynerMedia at the tower, the first of three office buildings being constructed by Related Cos. and Oxford Properties Group. The 28-acre site will eventually include 17 million square feet of commercial and residential space, a park, cultural area, luxury hotel, fitness club and public school.

The urban innovation companies fit in with the tech-heavy tenant list at 10 Hudson Yards. As CPE previously reported, VaynerMedia, a social media-first digital agency signed on for 88,000 square feet in October. SAP, a leading enterprise software applications company, was one of the first tenants announced for the property.

For Sidewalk Labs CEO and Intersection Chairman Dan Doctoroff moving the corporate headquarters to Hudson Yards brings him full circle in his efforts to redevelop Manhattan’s Far West Side. As deputy mayor in the Bloomberg administration, Doctoroff lobbied for a stadium to be built in the area as part of a bid to bring the 2012 Olympics to New York City. The Olympics went to London and the stadium was never built, but Doctoroff played an important role in rezoning the area where mega mixed-use projects like Hudson Yards and Brookfield Property’s Manhattan West are now being developed, creating a new neighborhood and changing the city’s skyline. 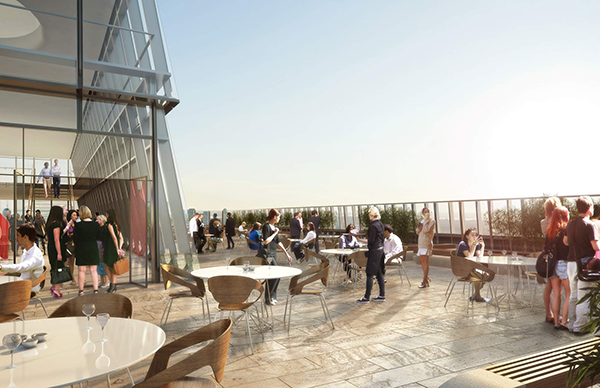 “Our focus is on using technology to improve life in cities,” Doctoroff said of Sidewalk Labs and Intersection. “As a leading, data-driven, connected neighborhood, Hudson Yards is the perfect fit for us. 10 Hudson Yards is not only a technologically advanced home, but Hudson Yards more broadly will give us the opportunity to work with Related, visitors, residents and businesses there to explore how creative use of data and technology can make it an even greater place to work, visit and live. Moving here will also mark a milestone for me. The effort to turn this neighborhood into an engine of growth for New York City has been a personal mission for me for 20 years and it is very exciting to see that dream becoming a reality.”