The debut of the 365,000-square-foot mall is the latest sign of downtown Manhattan's resurgence. 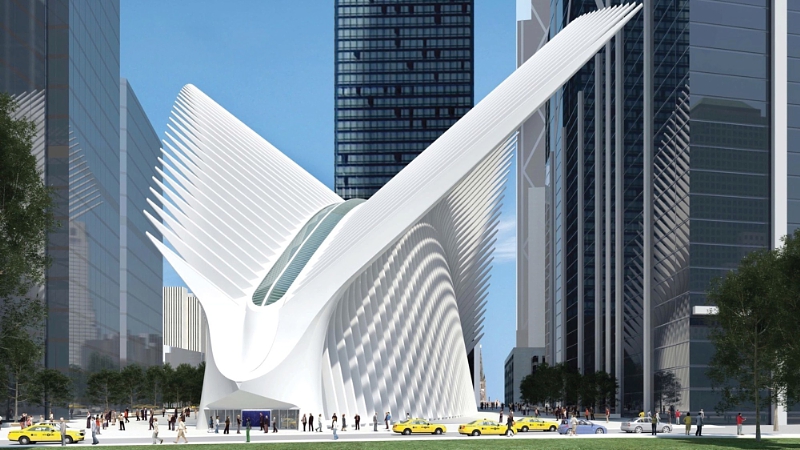 The opening of the retail center with more than 100 brands comes several months after the $3.7 billion World Trade Center Transportation Hub opened and one month shy of the 15th anniversary of the attack on 9/11. It has street-level space in WTC Towers 3 and 4, as well as galleries that run underground across the WTC campus, including 1 WTC.

“The World Trade Center is a symbol of hope, opportunity, progress and perseverance,” William Hecht, Westfield’s U.S. CEO, said in a prepared statement. “Westfield is profoundly proud to be part of this project and to introduce new experiences and energy to Lower Manhattan. We are incredibly excited to open our doors to our neighbors, New York and tri-state area families, visitors, and all of our partners on August 16th.”

Westfield said most of the 100 fashion, beauty, lifestyle and technology brands housed in the massive retail center will be opening at noon that day as part of a free, Family Day celebration. A spokesperson did not return a request for more information on which facilities would not be ready or when they are expected to open. However, Hawksmoor, a London steakhouse, has said it will open its first U.S. restaurant at Westfield World Trade Center in late 2017. Hecht said in a statement earlier this year that, “One of Westfield’s hallmarks is our commitment to exceptional dining, and we could not be more delighted that Hawksmoor has chosen to have their first U.S. location with us.”

Among the restaurants and food offerings that are opening or have already opened are famed Chef Daniel Boulud’s Epicerie Boulud Oculus and Eataly, a 41,000-square-foot Italian marketplace run by Nicola Farinetti and the Batali & Bastianich Hospitality Group, which includes well-known chefs and restaurateurs Mario Batali and Lidia and Joe Bastianich. Eataly, located on the third floor of 4 World Trade Center, will include a casual restaurant, Orto e Mare, other restaurants and rows and rows of Italian foods and grocery products.

Westfield said Market Lane, a fresh food/gourmet grocer, and Lady M. bakery will also be featured, along with many other dining and food options.

The retail center is also expected to become an event space featuring cultural and entertainment performances, particularly in The Oculus, the centerpiece of the retail and transportation hub designed by Santiago Calatrava. The transportation hub provides connections to 13 subways and PATH trains as well as many of the ferries traveling between Manhattan and New Jersey and Brooklyn.

Westfield said it expects its newest retail center to draw visitors and shoppers, including 60,000 neighborhood residents and 300,000 daily commuters, to the mix of high-end and everyday essentials available at the space that spans the equivalent of nine city blocks. With the 9/11 Memorial and Museum and 1 WTC Observatory on site, as well as other downtown points of interest, the company said it anticipates roughly 15 million tourists will visit by 2017.