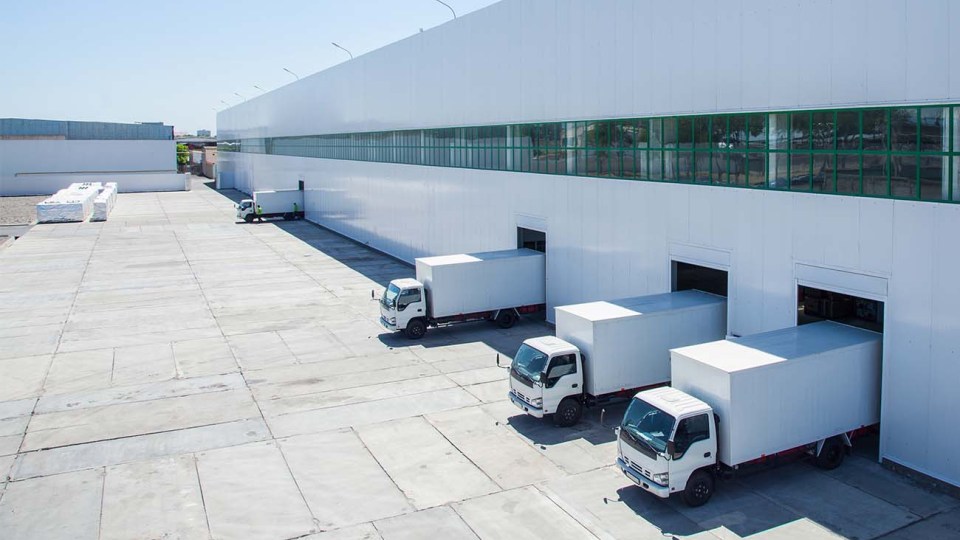 If the return of the transportation and logistics industry to the forefront has proven anything, it’s that an increasingly interconnected global economy relies on a complex supply chain. Clearly, industrial space is an essential link in the chain, and recent developments — ranging from the growth of e-commerce during the pandemic to technological advancements — are gradually producing changes in demand for industrial properties.

So, to wrap up another transformative year for the market, we used property data provided by CommercialEdge to rank the 15 largest industrial properties in the pipeline for Q4 of 2021:

The trend is clear: Mammoth facilities owner-occupied or leased to a single tenant are the biggest industrial properties being built — and online retailers are playing a big part in this trend.

After considering several locations across eight states, electric automobile company Tesla broke ground on its massive new factory in Austin in July 2020. And now, development is nearing completion, with the company aiming to begin full-scale production in early 2022.

The Gigafactory — which is situated on a 2,481-acre lot — is slated to become the largest automobile factory in the U.S., by far, at an estimated 4 million square feet. That’s almost 1.4 million square feet bigger than the next-largest industrial space. The finished facility (which is scheduled for a December opening) will be nearly a mile long, spearheading Tesla’s efforts to fulfill the growing demand for electric vehicles.

The new facility is just one example of growing demand for industrial space in Austin: The metro was projected to see a 511% spike in industrial space deliveries between 2020 and 2021 — from 1.7 million to 10.4 million square feet. Notably, the Gigafactory will represent more than one-third of this year’s record deliveries in the Austin market.

Online shopping became increasingly commonplace during the pandemic, with online retailers experiencing growing demand and scrambling to meet it by upgrading their logistics. Accordingly, as the largest e-commerce company — as well as the second-largest U.S. company by revenue — Amazon invested in a series of massive distribution and fulfillment centers across the U.S.

Specifically, the second- through fifth-largest industrial properties in the pipeline for Q4 2021 will be occupied by the e-commerce and tech giant. Of these, the Amazon logistics and distribution center in metro Austin is expected to be the largest at 3.8 million square feet on 94 acres of former agricultural land. Further north in Windsor, Conn., a 3.6-million-square-foot distribution center is also in the works, and is expected to package and deliver more than 1 million parcels per day. Next up on the list of properties that Amazon will occupy is the so-called Project Chico in Albuquerque, N.M., a sorting center spanning 2.5 million square feet being developed for the company by BH DevCo. Finally, metro Los Angeles is also slated to receive a new, 2.3-million-square-foot Amazon warehouse in Oxnard, Calif.

The online retailer’s nationwide expansion speaks volumes to the growing presence of e-commerce in the industrial space market. Plus, the company also made headlines earlier in the year with the completion of a 4-million-square-foot fulfillment center in Colorado Springs, Colo., which is expected to be 2021’s largest industrial completion (unless Tesla’s Texas Gigafactory breaks the 4-million-square-foot mark).

Several other industrial developments above 1 million square feet are also aiming for completion in Q4.

For instance, Houston recorded the most entries on the list with three. First, a distribution center belonging to clothing retailer Ross will bring 1,300 jobs to Brookshire, Texas, in the Houston metro area, with work on the facility beginning prior to the pandemic. With a square footage of 2.16 million, the facility is expected to be this quarter’s sixth-largest. What’s more, a Floor & Decor warehouse, as well as another warehouse that will be occupied by construction company Clayco, are each expected to add an additional 1.5 million square feet of industrial space in Houston.

Unlike other commercial real estate asset classes, industrial space fared better during the pandemic. Besides online retailers, brick-and-mortar stores also looked to improve their online sales capabilities to overcome initial lockdowns and meet the expectations of consumers who were now more used to ordering online. The result of the increased attention to online sales is a new wave of large industrial properties.

The technology sector also produced one of this quarter’s largest completions: An expansion of Intel’s facilities in Portland, Ore., will constitute the seventh-largest industrial property in the pipeline, with an additional 1.5 million square feet of space being added to the Portland industrial market. The chipmaker aims to use the new phase of its factory as a springboard back into the microprocessor market.

On the opposite coast, Philadelphia was home to the largest industrial completion in our 2021 mid-year industrial report with its 3.8 million-square-foot Amazon LogistiCenter. This quarter, two more large properties will also join the market: Stoltz-developed 780 South DuPont Hwy. at #10 — a warehouse totaling 1.3 million square feet of Philadelphia industrial space — stands out among other entries on the list for not being owner-occupied or developed for a single, pre-contracted tenant. The same is true for the 1.2-million-square-foot Tristate Distribution Center, which is being built by Panattoni Development, Philadelphia’s other entry in the top 15 largest Q4 2021 deliveries.

“The industrial real estate market is currently poised with opportunity. Right now it’s as difficult as I can remember to find a product for users. Buildings are moving quickly, and there are some development challenges in various submarkets limiting the supply. We’ve seen real rent growth in Chicago the last 18 months and I think that will continue into 2022. If you can find an empty building or good development site you have the ability to capitalize on the upward momentum we’re seeing.

Regarding e-commerce, more e-commerce and last mile companies seem to need places to park their trailers and delivery vehicles, but they also often like to utilize the space for storage. There aren’t many properties available with significant vehicle parking and high cube warehousing in new industrial builds. Over time, we could see floor-to-area (FAR) ratios on development decrease in favor of more parking and storage space.

Moving forward, I think we’ll see continued rent growth and continued cap rate compression, alongside relatively minor movement on interest rates. All of those things converging together will mean that land and building prices are going to increase. Most institutional owners want data on lease comps and cap rates. But, if you’re looking back 18 months for your underwriting and the market rents and cap rates are moving at the rate they have been, it’s going to be really tough to pencil out deals to compete with owners that have real-time information. I think it’s more important than ever to have a pulse on the local markets and have people you can turn to for that real time data.”

“The industrial real estate market continues to thrive as we approach the end of 2021. The lease-up of industrial space by logistics, manufacturing, e-commerce, healthcare, retail, and food and beverage companies has been swift throughout the year.

Given supply chain challenges, companies have increased their inventory which has necessitated the need for more warehouse space. This practice is likely to continue for the foreseeable future. While new, speculative construction is being added to the warehouse and distribution building supply, rising land and building costs are causing some developers to hit the pause button on such development. As such, build-to-suit construction continues to be prevalent in the market.

According to Cushman & Wakefield, the vacancy rate has dropped to 4.1% — as low as it’s been in the last two decades. Tenants have few options, often competing for space and, in turn, driving up rental rates. Demand is expected to keep pace with speculative building and new supply remains largely concentrated in markets where demand has been strong. Preleasing of speculative construction is common.”

“The industrial real estate market continues to ride on the highs of increasing demand for e-commerce distribution capabilities. Vacancies are very low, while rental rates and prices continue to push higher.

Lending conditions have enabled more speculative distribution space to be built to meet the insatiable demand from users within the market, and we are frequently seeing construction having to shift into areas where there is more available workforce.

However, distribution is not the only industrial product type that is benefiting from current market conditions. Cold storage has continued to expand to accommodate vaccines and other products that need climate-controlled space. Manufacturing and assembly are heating up too, as more companies consider reshoring some or all of their products and processes.

While some market analysts initially thought that the supply chain issues would be resolved too quickly to make reshoring effective, the lingering issues, especially the way containers are piling up in ports, has given companies the time, money, and incentive to reshore.

We will continue to see industrial expand, especially in hot logistics markets like Indianapolis, as there is no expectation that e-commerce will lose steam as COVID recedes and the supply chain begins to work out its kinks. Distribution continues to evolve, especially focusing on last mile distribution, and that evolution will drive continued construction and innovation in the industrial sector for the foreseeable future.”

We listed the 15 largest industrial properties scheduled to be completed in Q4 2021 based on property data provided by CommercialEdge. All property data was extracted on October 13, 2021.

CommercialEdge sources its property data on proprietary research. Data, such as projected completion date and final square footage, are based on public announcements by involved parties and are subject to change. CommercialEdge attempts to ensure the timeliness and accuracy of the data, but cannot guarantee it.