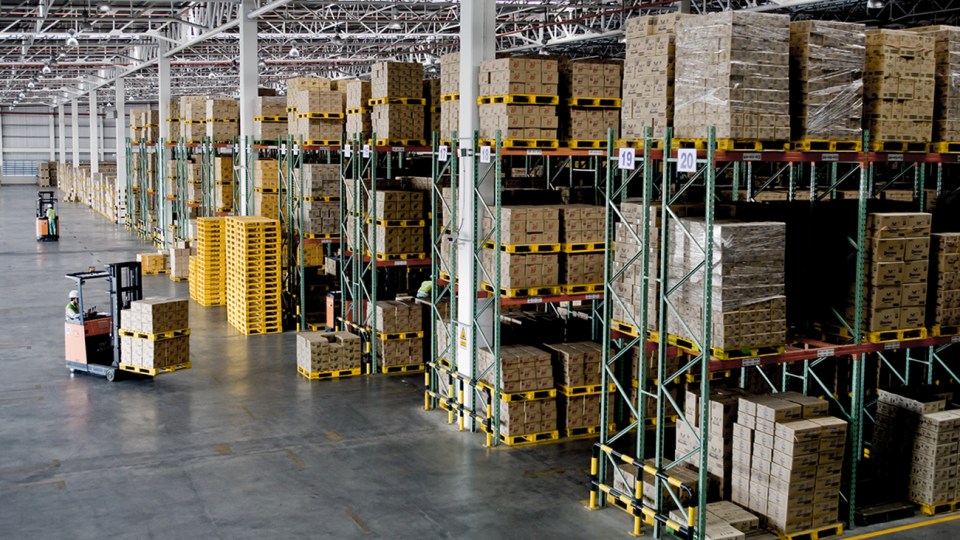 Last year was tough for everyone and most industries. However, industrial real estate construction was more insulated. Shelter-in-place mandates, working from home and online schooling meant that Americans weren’t going anywhere — and, as a result, they were getting everything delivered. To meet the increased demand, industrial property construction intensified, adding nearly 276 million square feet across 915 properties last year. With Dallas and Phoenix on top, both of which welcomed more than 25 million square feet of new industrial space, 2020 construction totals nearly doubled what the 2019 U.S. industrial pipeline delivered.

Using data from CommercialEdge, we looked at how much industrial space we can expect to be added in 2021. As of March 1, when the data was extracted, industrial property completions were set to increase by 24% over last year’s numbers — up to 342 million square feet across 1,040 properties, a five year high — roughly the area of Chicago O’Hare Airport. Clearly, the pandemic has accelerated the shift toward e-commerce, and it’s evident in the industrial completions data. Logistics and deliveries have never been this important and, at least for 2021, it looks like they will remain as such.

Keep scrolling to check out the top markets that are adding the most space, as well as the largest individual projects in the nation for 2021.

DFW to Add 8% of Nationwide Total

The Dallas-Fort Worth metroplex in Texas will lead the nation in industrial completions this year with nearly 28 million square feet of space across 79 projects — more than 480 football fields — and just 2% more than last year, accounting for 8% of all industrial space projected to be delivered this year nationwide. The developments are fairly evenly distributed within the total market, with large properties in South Dallas, Las Colinas and North Fort Worth, among others.

Intense industrial activity in Dallas-Fort Worth has been matched by important developments in its office sector. Last year American Airlines decided to relocate its headquarters — vacating some 1.4 million square feet of office space in Fort Worth — and the metroplex totaled 32.3 million square feet of suburban office space delivered over the course of the decade, making it the most prolific metropolitan area the U.S. for this type of development.

However, one of the largest jumps in the nation is expected in Austin, Texas. In contrast to the 1.7 million square feet of Austin industrial space completed last year, the market is projected to see nearly 10.4 million square feet of deliveries this year — a 511% jump. More than half of this square footage is being added by just two properties: Giga Texas — Tesla’s four-million-square-foot manufacturing facility — and Seefried Industrial Properties’ 3.8-million-square-foot behemoth in Pflugerville, which Amazon will be leasing in its entirety.

But not all markets are growing. Houston, for instance, is planning completion of 10.3 million square feet this year, which marks a decrease of 41% compared to the more than 17.5 million square feet of new Houston industrial space delivered in 2020. The city has been hit hard by the recent collapse in oil prices — made even worse when they went negative last year. And, while logistics are important, market share seems to be bleeding to Austin and Dallas.

Amazon distribution centers are dominating the largest industrial projects in the U.S. In particular, Amazon is constructing four warehouses that total nearly 14.8 million square feet and is set to lease another 13.5 million from developers such as Fortress Investment Group, Dermody Properties and Seefried Industrial Properties. The total square footage will be a whopping 28.3 million square feet of industrial space — about the area of Central Park in New York City — and that only includes the top 10 largest projects in the country.

We caught up with several industry experts to get their takes on what trends we might see across U.S. industrial markets in 2021, as well as what immediate challenges command tenants, owners, and investors to adapt. Read the interviews below:

“A new emerging challenge to keep an eye on for 2021 in Chicago is how the backlog at the Ports of LA & Long Beach affects inland retailers, consumers and manufacturers Massive volumes of consumer goods that are imported from Asia are hauled on rail to Chicago’s various intermodal terminals and the delays to access a dock and offload cargoes are sure to ripple through supply chains.

As Chicago has such a heavy transportation industry it can be difficult for users to find the right building in certain cases. For trucking and transportation companies, it is difficult to find properties which can accommodate high velocity cross docking with corresponding trailer storage capacity. There is a limited inventory of quality truck terminals with good highway access that can meet the parking requirements for a large fleet of route trucks or vans not to mention employee vehicles.

Chicago developers have challenges in finding good industrial development locations across the infill submarkets within Cook County generally speaking inside I-294 and especially in the City of Chicago. Developers are continuing to pursue more challenging locations or once-overlooked sites in order to tap into the dense workforce and easily service the urban consumption base. Developers are designing smaller footprint industrial buildings in the 75,000 to 150,000 square foot range to fit some of the smaller or irregularly shaped last mile sites.”

“In San Antonio, we are seeing a huge push for Cyber Security. Flex space is showing as a great cost-effective option compared to traditional office buildings. Cyber Security SCIF (Sensitive Compartmentalized Infrastructure) is expensive to build out and flex gives a lower-cost option. Things like Port San Antonio has been a huge driver for the growth in San Antonio.

Also, lack of inventory is pricing smaller users out of the market. I am working with a client now, who is more price-sensitive and we simply can not find space and the few things we do find are more expensive than what can be unwritten into the business plan.”

“Construction on industrial projects is booming, because we’ve seen consistently that despite periods of economic uncertainty or even crisis, industrial properties tend to remain stable. This means consistent cash flow and reliable investment growth. Industrial may not be the sexiest part of the real estate industry, but it might be the steadiest right now.

Data centers, undoubtedly, will continue to grow in importance and their needs will evolve along with the technology that’s stored inside them. We’ve also seen self-storage grow over the past few years as a result of more people moving to smaller homes in urban settings. And, self-storage is a sector that tends to resist the overall trends during economic slowdowns – including this COVID-related one. More people than ever before are “working from wherever”, which means they can put their things in storage and hit the road.”

“Industrial overall is very affordable to build.  Over time I expect to see an over-supply. This usually happens with real estate asset classes after they become over heated.  I believe that e-commerce will drive more activity and offer a hybrid space between industrial and retail and logistics space will be incorporated into current retail properties.  Walmart is an example of a brand where we are seeing this trend now.

The other likely impact on industrial will be the emergence of more food service, commercial kitchens, located within industrial properties, which will service the food delivery companies.”

For this report, we included only industrial properties that have at least 25,000 square feet reflecting the total square footage of the property. In the case of mixed-use assets, this includes office, retail, multifamily and other commercial use types.

We included industrial properties delivered in 2020 and properties under construction that are scheduled for delivery in 2021.

2020 markets show the total amount of completed properties with the completion date of 2020.

2021 markets show the total amount under construction, as well as January and February completions. All the properties are scheduled for completion in 2021.

CommercialEdge market reports show only the total amount of under-construction properties from the month of the report and onward, so those slated for completion in or after February 2021.

Some projects include more than one building. The “# of Buildings” column from the tables reflect the total number of buildings included in all properties.