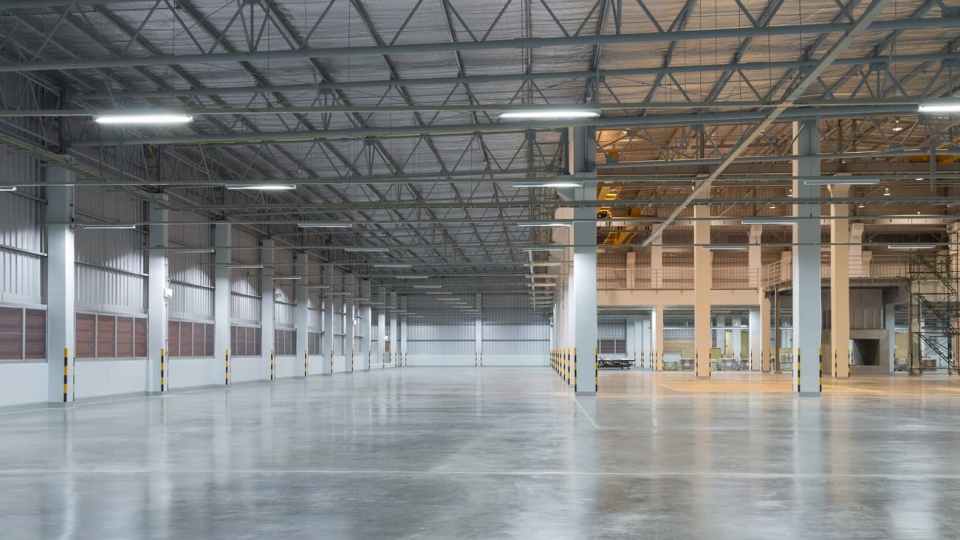 In an increasingly connected world relying on efficient logistics, industrial space is essential in ensuring every part of the supply line runs smoothly. As such, development and transactions of industrial properties predictably spiked, given the additional demand for e-commerce during the pandemic.

Now, a year and a half later, the upward trajectory of industrial is still going strong. To analyze the most significant market moves that have resulted from this trend, we collaborated with our sister company CommercialEdge, an intuitive commercial property data and listings platform, to see what the state of industrial was in the first half of 2021. We looked at the largest industrial completions and the most expensive properties that changed hands in the first six months of the year, and also included data on average sale prices per market based on CommercialEdge’s August industrial report.

Halfway through the year, several major industrial properties had been completed:

The LogistiCenter at I-95 in Wilmington, DE, was the largest property completed in the first half of 2021 with a total square footage of 3,833,950. Built on the 142-acre site of a former GM auto assembly plant and with Amazon as its sole tenant, the property is the newest move in the company’s expansion in metro Philadelphia. The LogistiCenter’s owner, Nevada-based Dermody Properties, developed the property after breaking ground in late 2019. The new industrial development now offers Dermody’s world-class tenant 69 loading docks and nearly 2,000 employee parking spaces.

Amazon was also involved in the construction of the next two largest completions, as the e-commerce and logistics company is the owner of both. The second-largest completed building is the 3.6-million-square-foot Amazon fulfillment center in Mt. Juliet, TN, which is located in the eastern part of the Nashville metro. Meanwhile, another fulfillment center — totaling 3.4 million square feet of industrial space in Richmond, TX — is the year’s third-biggest completion.

Notably, Chicago and Columbus were the only metros with more than one entry among the 10 largest industrial completions. Specifically, Chicago logged three entries in the top 10: The Medline Grayslake Distribution Center (#5); Exchange 55 (#6); and the ChicagoWest Business Park (#10). Entries from Columbus included The Hub’s Building 6 at #4 and 70 East Logistics Center at #9.

Industrial Portfolio in Louisville, CO Sells for $393 Million for the Largest Industrial Sale in the First Half of 2021

The Colorado Technology Center in Louisville, CO — a 1.67 million-square-foot industrial portfolio  — sold for $393 million in April, marking the largest transaction in the first half of the year. The complex is the largest industrial park in Louisville and among the largest industrial properties in Denver, with many of its buildings mixing front offices with manufacturing and warehouse space. The Colorado Technology Center also drew interest due to its tenant mix operating in high-growth industries such as aerospace, e-commerce, logistics and life sciences.

To the west, the sale of the 1.6 million-square-foot Kmart distribution center at 5600 East Airport Dr. in Ontario, CA, was the second-largest industrial sale in the first half of 2021. The property was purchased by CenterPoint Properties in March 2020 in one of the largest single-asset sales in Southern California in the last decade. The distribution center is situated on a 94-acre site, granting unique logistical opportunities at the heart of the Inland Empire. The market — one of the most sought-after logistical hubs on the West Coast — was also home to the fifth-largest transaction: The sale of two industrial properties in Colton, CA, for $231 million. The property at 3994 South Riverside Ave. — a Living Spaces distribution center — was purchased by Blackstone in a portfolio deal alongside 3996 South Riverside Ave. across the street.

The third-largest sale was in Las Vegas, NV. The Golden Triangle Industrial Park — an industrial portfolio totaling 2.4 million square feet of industrial space off Interstate 15 — was bought by Clarion Partners for $335 million. The property is comprised of Class A buildings ranging from 78,000 to 392,000 square feet on a 130-acre site, and the industrial park was 95% leased to 24 tenants at the time of the sale. Work has since begun on a new, 652,000-square-foot building in the park, which is scheduled to be completed in 2022.

CommercialEdge’s August National Industrial Report found that industrial sales reached $30.5 billion in the first seven months of the year for a national average of $108 per square foot, up 22.4% from 2020. Seattle and Tampa saw spikes in sales volume, already surpassing 2020’s sales by 42% and 23%, respectively.

The largest sales volume was recorded by the Los Angeles industrial market, with almost $2.2 billion in industrial transactions, followed by Inland Empire’s $2 billion and Chicago’s $1.5 billion.

However, the largest price per square foot among the 30 markets covered by CommercialEdge was in Orange County, where a square foot of industrial space sold for $312 on average so far in 2021. Other West Coast markets had similarly high prices — $192 in the Bay Area, $190 in Los Angeles, $180 in the Inland Empire and $184 in Seattle. The priciest industrial market on the East Coast was New Jersey, with an average of $204 per square foot.

With more pressure on logistical systems and storage facilities than ever before, the first half of 2021 has already seen prime markets for industrial properties set themselves apart through significant developments and sales.

All data used in this study is courtesy of CommercialEdge and was extracted on Aug 6, 2021. The report only included industrial properties larger than 25,000 total square feet. Portfolio sales within the same market were counted as a single sale, while cross-state portfolio sales were excluded from the study.

Average prices per square feet were calculated only for markets with a minimum of five transactions in 2021. Average price values are based on internal CommercialEdge transaction data.