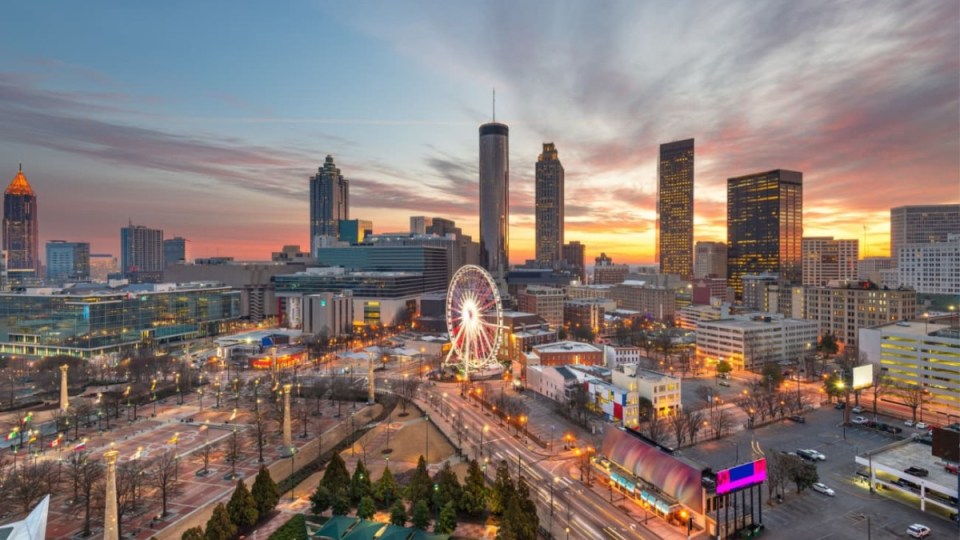 Remote and hybrid work models have had an incontestable effect on the job market. And, with increased flexibility as far as when and how long we work, professionals now have the unique opportunity to live in more affordable and less-congested cities when telecommuting for a job that would have been otherwise inaccessible in such locations.

Given this paradigm shift, our sister division CoworkingCafe.com recently ranked the cities in the U.S. that offered the best opportunities for remote workers. Specifically, CoworkingCafe’s ranking took into account factors such as public internet speed and accessibility; coworking space availability; entertainment options; and more. Affordability was also accounted for, with cities scored for their cost of living index. Cities that were more than 10% above the national average for cost of living were excluded from the ranking.

Atlanta scored more than 70 points in the study, cementing its status as a magnet for young professionals. Notably, the city has as many as 24 coworking offices per 100,000 residents — the highest share on the list. This translates into robust opportunities to work in a professional environment with lower short-term overheads and networking included in any Atlanta coworking office.

Additionally, Atlanta also had the highest availability of public Wi-Fi networks per capita, as well as the second-best score for local internet speed with an average of 468 Mb/s. Alongside great walkability and plenty of opportunities to have fun and unwind, Atlanta is certain to continue attracting Millennials and Zoomers who are either looking to telecommute or find employment within the city itself.

In the Midwest, St. Louis reached the second spot on the podium for best cities for remote workers. In particular, the Gateway to the West boasted the lowest cost of living among all of the cities in the top 10 (85% of the national average), in addition to great walkability and an impressive density of entertainment venues.

Meanwhile, Pittsburgh completed the podium with 63.7 points, thanks to strong performances across most indicators — thereby highlighting the success of its revitalization efforts. More precisely, Pittsburgh’s strongest showings included the third-best average internet speed, fourth-best entertainment density, and as many as four airports within reach for easy mobility for remote workers.

South Claims Large Number of Entries in Top 10, with Affordability & Entertainment as Standouts

A series of Southern cities made the list of the top 10 best cities for remote workers, with many more benefits than just their sunny weather.

For instance, Orlando, Fla., reached #4 with a vibrant coworking market and great entertainment options — a common denominator for most Southern entries on the list. Specifically, Orlando had 829 entertainment establishments per 100,000 residents, which was more than any other city in the ranking.

Tampa also made the list two positions lower at #6, boasting 100% internet coverage, a low unemployment rate and a median income of $41,792 as its strongest suits (besides the great weather).

Other entries hailing from the South included Richmond, Va. (which had the second-best public Wi-Fi availability on top of great affordability and walkability) and Birmingham, Ala., which claimed the highest average internet speed in the top 10, while also being the second-most affordable city.

The top 10 was closed out by Buffalo, N.Y., which had mobility as its strongest suit due to the five airports that are within reach of the city. Buffalo also had the second-best walkability.

Check out the full ranking by CoworkingCafe for a complete analysis of the 10 best cities for remote workers, as well as a closer look at the methodology.

Coworking offers state-of-the-art office amenities, a productivity-enhancing atmosphere and the prospect of an attractive business address for a fraction of the price of a regular, long-term office lease. If you’re an entrepreneur looking to get your business of the ground or just a remote worker that wants to work in a professional but relaxed environment, coworking spaces can provide all you need and more.