The blossoming of downtown Denver’s Union Station neighborhood continues with a new project in the works.

The blossoming of downtown Denver’s Union Station neighborhood continues as Starwood Capital Group and East West Partners announce plans for 16 Chestnut, a 250-foot tall office building that will rise in the Mile High city at a cost of $190 million. 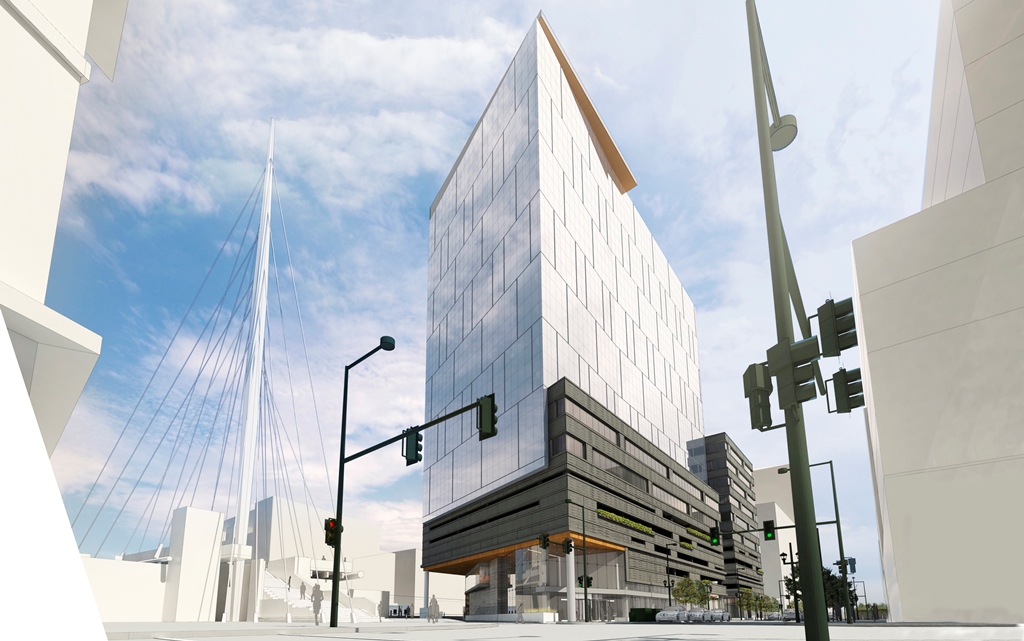 The big reveal isn’t just the developers’ official announcement of the project, which fronts two streets and features retail space; it’s also news of an anchor tenant. Starwood Capital and East West have secured a commitment from DaVita Healthcare to take on 265,000 square feet of the 18-story tower. The kidney services provider will increase its current headquarters with an expansion across the street to 16 Chestnut, where it will have its own entrance and lobby. It’s a fitting partnership. Chris Frampton, managing partner at East West Partners, said in a prepared statement, “DaVita believed in our vision for the Union Station neighborhood long before it came to fruition.”

Approximately 160,000 square feet of space is still up for grabs at 16 Chestnut. Commercial real estate services firm Cushman & Wakefield is handling leasing at the Gensler-designed property, which is expected to qualify for LEED Platinum certification.

Starwood Capital and East West plan to break ground on 16 Chestnut in July 2016 and lead tenant DaVita will begin setting up shop in its new space two years later.

Downtown Denver has been experiencing a rebirth over the last few years and the Starwood Capital-East West joint venture has played a large role in facilitating the renaissance. Most recently, the partners wrapped up development of the 225,000-square-foot Triangle Building in the popular LoDo submarket.