By Louis Pashman An option in a contract is considered to be a “time of the essence” provision. Thus, the parameters for exercise of the option must be strictly met. Because the property owner cannot unilaterally withdraw the offer contained in the option, courts will require the holder to adhere strictly to its terms. As […] 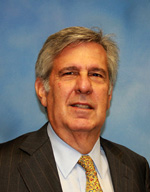 An option in a contract is considered to be a “time of the essence” provision. Thus, the parameters for exercise of the option must be strictly met. Because the property owner cannot unilaterally withdraw the offer contained in the option, courts will require the holder to adhere strictly to its terms. As is often the case, however, courts have carved out exceptions based on fairness or equitable principles.

Every party to a contract is bound by an implied duty of good faith and fair dealing. A prime example of that involved a tenant who had an option to purchase a 99-year lease on the property he was leasing. The tenant notified the property owner 19 months before the deadline that he intended to exercise the option. The owner responded that he had forwarded the letter to his attorney and would hear in a couple of weeks. Much time passed with no substantive action by the owner, notwithstanding the tenant’s repeated efforts to get a response. Two years after the tenant first notified the owner of his intention to exercise, and after the deadline to exercise had passed, the owner notified the tenant that he had not properly exercised. The court held that the owner had violated his duty of good faith and fair dealing and granted the tenant specific performance of the option.

Another general area where courts have carved out an exception is if the property owner has taken steps that effectively repudiate his obligations under the option. Under those circumstances, a tenant does not have to do a “vain or useless thing” in order to be refused, which would otherwise be required.

A decade later, another court reached the same conclusion in a case where the tenant had exercised the option prematurely, which was not in strict accordance with its terms.

In addition to requiring good faith and fair dealing on the part of a property owner, we know from these cases that a technically non-compliant exercise of the option will not be considered forfeiture when:

Clearly, courts will not allow landlords to use “tactics” to avoid the option. A landlord can, however, diminish the equitable argument a tenant might otherwise have if he reminds the tenant in advance of the approaching deadline or if he sends no notice and takes significant action in reliance on his belief that he has no tenant. For these reasons, tenants should be sure to comply completely with all requirements of the option and should not rely on exceptions to the general rule.

Louis Pashman is the co-founder of Pashman Stein P.C., a business law firm located in Hackensack, N.J. He has extensive experience in many law disciplines including commercial transactions, corporate law, and estate planning, among others. He can be reached at [email protected].