Located at the intersection of Route 9 and Highway 84. In 1683 New York City merchants Francis Rombouts and Gulian Verplanck purchased 85,000 acres in Dutchess County from the Wappinger confederacy of Native Americans for a quantity of goods including rum, powder, and tobacco. In 1685 it was granted as the royal Rombout Patent. Neither ever lived on the land, intending to use it only for fur trading. The first white settlers were Rombout's daughter, Catharyna, and her husband, Roger Brett, who built a mill at the mouth of Fishkill Creek as it flows into the Hudson River. Fishkill played an important role in the American Revolutionary War when a huge military encampment was established one mile (south of the village of Fishkill to guard the mountain pass to the south. Signal fires lay in readiness on tops of the surrounding mountains. The Fishkill encampment became the main supply depot for the northern department of the Continental Army. The first copies of the New York State Constitution were printed at Fishkill in 1777. In the 19th century mills and factories sprang up in Glenham and Matteawan, bringing an influx of skilled weavers from the British Isles. The healthy economy came to an end in the post–Civil War depression, and the once thriving factories fell into decay. In 1931, Texaco purchased the old woolen mill site and established a research center there. Today, the town's industry is mostly technology based.
read more read less

How many active listings are there at 453 US Route 9?

What’s the size and rental rate of the largest space available at 453 US Route 9?

Currently, the largest rentable space at 453 US Route 9 totals 120,000 square feet. The space has an asking rate of roughly $22/Sqft/Year per square foot.

What is the total square footage of 453 US Route 9?

What year was 453 US Route 9 built and finished? 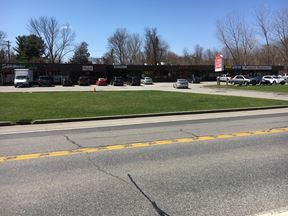 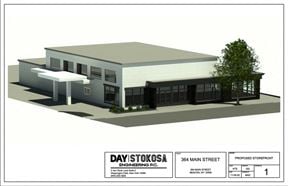