Binghamton is at the crossing of three main highways and has easy access to NYC, Scranton, Syracuse, Albany and the Fingerlakes region. Downtown is the business and administrative center of the city and region, as such, it is home to the principal state, county and city offices; housing them in Government Plaza on Hawley Street between State and Isbell streets. Downtown Binghamton has gone through a cultural and economic renaissance over the past few years due in part to the presence of a downtown portion of the State University of Binghamton, one of the top twenty State Universities in the Country. Real Estate values have sky rocketed with large contingent of students living in the downtown. 171 Front is just across the river from the main part of the City, has great accessibility and visibility, less than five minutes from the city core.
read more read less

How many active listings are there at 171/175 Front Street?

What’s the size and rental rate of the largest space available at 171/175 Front Street?

What is the total square footage of 171/175 Front Street?

What year was 171/175 Front Street built and finished? 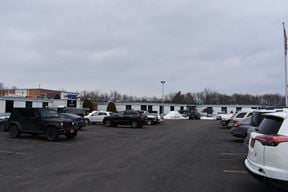 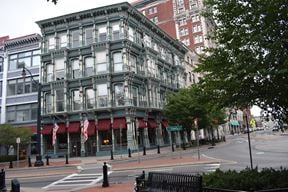